No leader in Ghana’s 4th Republic can compare to Akufo-Addo in industrialisation – NPP - MyJoyOnline.com 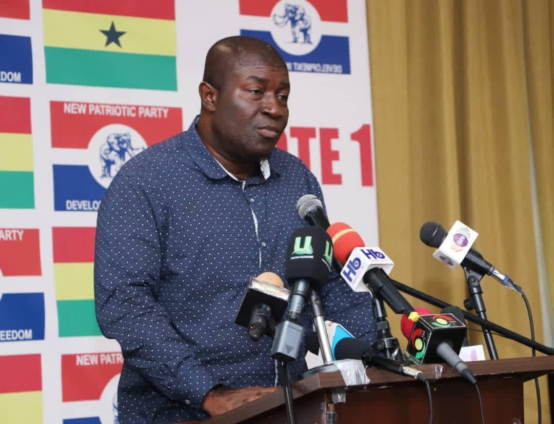 President Akufo-Addo has no equal when it comes to industrialising the country in the Fourth Republic, the governing New Patriotic Party (NPP) has said.

“Even though we do not have a factory in each district, the progress achieved in industrialising Ghana by President Akufo-Addo’s government cannot be beaten, in the history of the fourth republic,” Nana Akomea, a member of the communications team of the party said.

Addressing a press conference in Accra on Monday, Akomea argued that under the Akufo-Addo administration Ghana has seen the most determined push to achieve an industrial economy since President Nkrumah.

He continued, “This industrial push, coupled with free SHS and the systematic digitization of Ghanaian social and economic processes, will very much…secure for ourselves a country where no youth is uneducated, with a vibrant industrial economy and a modernized digital society.”

After Ghana’s independence in 1957, Akomea stated President Nkrumah made a determined effort to industrialize the county by setting up dozens of factories, particularly in Tema.

However, 50years after President Nkrumah, “We still are not an industrialized economy that is capable of throwing up thousands of jobs for young people, on a sustainable basis,” the Managing Director of STC Ghana Limited pointed out.

“Therefore, President Akufo-Addo, in his determination to transform the economy of this country, to secure for this country all the benefits of a rich economy, promised this country that he would make another determined effort to industrialize this country, dubbing the promise 1D1F,” he said.

The Akufo-Addo government since 2017 has facilitated the setting up of factories, across the country, in a new determined, effort and plan, to deliver an industrial economy.

Under a new one, away from the traditional and straight forward and use of public funds, whether borrowed or raised through taxation, to set up factories, they are being set up by the private business with the government providing the enabling environment and support.

“This model has been carefully crafted so as to avoid the mistakes of the past, and to ensure success.  This model and process are to ensure the factory has a great chance to succeed and to provide jobs, contribute to value addition to agriculture produce and generally to the GDP of Ghana, without undue exposure of taxpayers’ funds,” Akomea said.

Seventy-six 1D1F factories are in operation as of July 2020, of these, 28 are new factories, while 48 are existing factories that have taken advantage of the 1D1F scheme to expand and add on new production units.  In all, a total of 232 factories are also at various stages of completion.