NPA to seek cabinet support to remove taxes on LPG 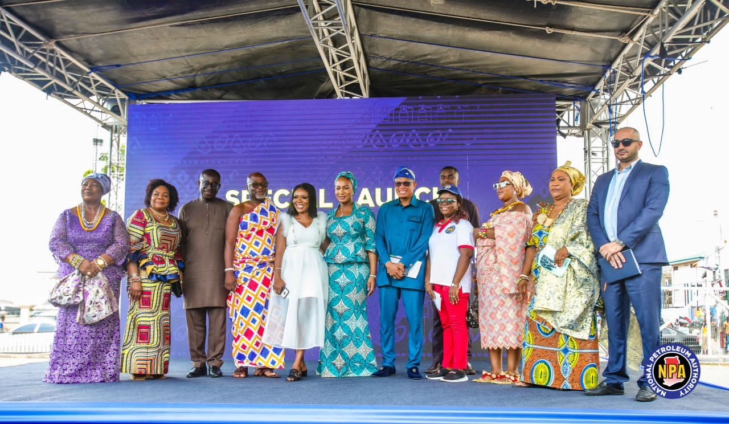 The Chief Executive of the National Petroleum Authority, Dr. Mustapha Abdul-Hamid, has said the Authority’s goal in the energy sector is to help to eradicate energy poverty.

In that regard, he said, the NPA would engage the Cabinet to remove some taxes on LPG to make it more accessible and affordable to Ghanaians, especially the poor.

Dr Abdul-Hamid gave the assurance that he would make a case for tax exemptions for some time for investors who would be establishing cylinder bottling plants in the northern part of Ghana for them to have maximum return on their investments.

The NPA Boss made this known in Accra on Tuesday at the launch of an awareness and sensitization campaign to promote the use of Liquefied Petroleum Gas (LPG).

The aim is to discourage the use of wood fuel (firewood and charcoal) and increase the LPG penetration for domestic, commercial and industrial activities from the current 37 percent to 50 percent by 2030.

Dr Abdul-Hamid said the launch of the LPG campaign was to make LPG affordable, available and accessible to the Ghanaian people.

“We understand that perhaps the majority of the Ghanaian people are poor and most people cannot afford to buy cylinders and gas. So we at NPA in collaboration with our sector ministry are trying very hard to make it easy for people to access LPG”, he said.

The Second Lady, Hajia Samira Bawumia, who launched the LPG Awareness and Sensitization Campaign, urged the public, especially women to adopt LPG as it is a cleaner, safer, and healthier cooking fuel.

She said the use of firewood and charcoal for cooking also contributes to climate change through emissions of greenhouse gases and black carbon as well as deforestation through the harvesting of wood and sometimes even economic trees like shea tree, and oak tree.

She noted that Ghana, like many other Sub-Saharan African countries, relies heavily on solid biomass fuels for domestic and commercial cooking and heating.

Hajia Samira said that women and children travel long distances to collect fuel in the form of firewood in most rural communities, and indicated that this time-consuming and exhausting task did not offer much time for other productive activities.

In addition to being strenuous, she said, there are many risks involved; including bites from venomous animals and increased risk of sexual assault.

That, she said, limits access to education which tends to restrict opportunities for economic growth, in addition to the adverse health impact, and noted that “It is mostly women and children who bear the brunt of this.”

Hajia Samira said LPG as an alternate cooking fuel is clean, safe, and efficient, and expressed joy that the NPA was promoting the use of LPG for cooking to ensure the attainment of government’s effort to increase LPG usage to 50% by 2030.

“Estimates indicate that cooking with LPG saves about four (4) productive hours daily. These extra hours gained daily can be used in productive areas like education, agriculture, and other income-generating activities.

“By increasing access and use of LPG we have an unprecedented opportunity to not only deliver significantly on gender equity, but also improve health, reduce poverty, protect the environment, and enhance livelihoods; all in one go”, she said.

Hajia Samira called for increased education on the safe use of LPG by including information on cylinder expiration dates and when to change or replace the various LPG accessories. I am confident that this campaign will ensure awareness on these issues.

Hajia Samira commended the Ministry of Energy and the NPA for their commitment toward driving awareness, adoption and use of LPG in households and other areas of the economy.

In his remarks, the Deputy Minister of Energy, Mr Owuraku Aidoo, said the timing of the promotional drive was significant given the current debate about climate change with its associated environmental and health effects.

He said Climate change posed a greater responsibility on countries to adapt and adopt more environmentally sound practices to save the environment from further deterioration.

Mr Aidoo said it was, therefore, crucial for Ghana to play a lead role in discouraging any activity that has an adverse effect on the environment and my Ministry is ready to support the NPA and other allied institutions to stem this tide for our collective good

DISCLAIMER: The Views, Comments, Opinions, Contributions and Statements made by Readers and Contributors on this platform do not necessarily represent the views or policy of Multimedia Group Limited.
Tags:
Dr Mustapha Abdul-Hamid
LPG
NPA