One dead, 7 injured in accident on Sefwi Dwinase-Bekwai road - MyJoyOnline.com

One dead, 7 injured in accident on Sefwi Dwinase-Bekwai road 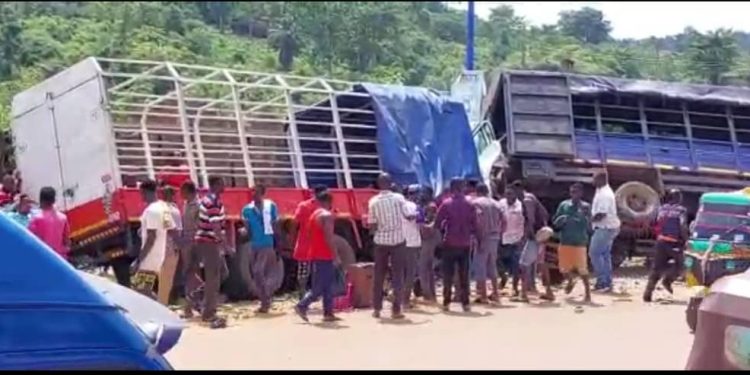 One person has been confirmed dead in a crash between two cargo trucks along the Sefwi Dwinase-Bekwai road in the Western North Region.

The accident is said to have happened when one of the cargo trucks crashed into a stationary cargo truck on Tuesday, May 3, 2022.

According to eyewitnesses, the deceased was a trader, who was offloading plantain into her shop when the crash occurred.

They said she died on the spot, while the others were rushed to the Green Shield Hospital and the Sefwi Wiawso Municipal hospital.

“One of the vehicles is said to have lost control. The brake failed, so the driver had to run into the crowd, killing one of the traders instantly”, said ASP Juliana Forson, Western North Regional MTTD Commander.

“It is rather unfortunate that this accident happened on a market day. We have asked traders not to put up wooden structures along the stretch.

“Now that this incident has occurred, we will be taking serious action. I will be speaking to the Regional Police Commander and the MTTD, so we deal with this.”