Only 4.9% have received full dose of Covid-19 vaccine in the Northern Region - GHS - MyJoyOnline.com

Only 4.9% have received full dose of Covid-19 vaccine in the Northern Region – GHS 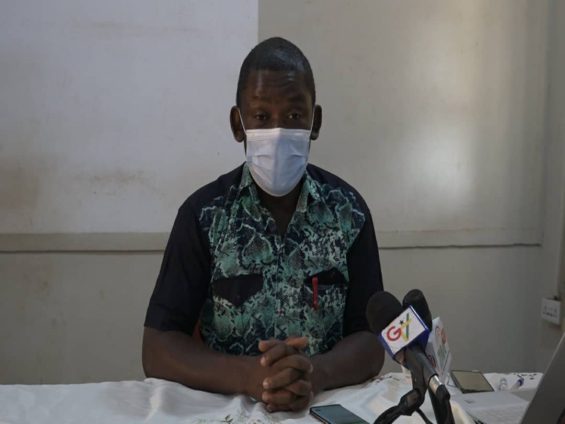 Health officials in the Northern Region have been able to vaccinate about 4.9 per cent of the 1.2 million people targeted for the Covid-19 vaccination.

About 17.6 per cent of people have received at least one dose of the vaccine as of December 22.

According to the Ghana Health Service, the Region has over 80 per cent to cover.

Briefing the media on the Region’s response to Covid-19, the Deputy Director of Public Health, Dr. Hilarious Abewu said about 256,454 doses of the Astrazeneca, 10,000 doses of Moderna and 16,872 doses of Pfizer vaccines have been administered.

Dr. Abewu said a total of 284,377 vaccines have been administered so far.

“We still have a lot of Pfizer vaccines that we are yet to deploy and for Johnson and Johnson, just about 1,000 vaccines were administered,” he said

He said more Johnson and Johnson vaccines will be administered during the Christmas period.

With regard to district distribution, Dr. Abewu said 31 percent of people within the Tamale Metropolis have received at least one dose, adding that is the highest in the Region among the Districts.

“Similarly when it comes to those who are fully vaccinated or have had either one shot of Johnson and Johnson or two shots of the other vaccines, Tamale Metropolis is still doing about 14.1 per cent more than the overall regional average”.

Dr. Abewu said Kumbungu is the only district that has done close to 30 percent of the population getting at least one dose while Zabzugu has recorded the least with about 1.5 percent in terms of being fully vaccinated.

He said about a third of the total doses of the vaccines deployed this year, were done in December, an indication that at least the intake of the vaccine is increasing and getting better.

“I’m sure that by the end of December, we’ll have done far more than 100,000 doses of the vaccines being administered to the people,” he emphasized.

He said most of the people in the Region are opting for the single dose of Johnson and Johnson.

“Now we are opening the door to the vaccination, using Johnson and Johnson, we’re hopeful that those who were waiting patiently will have the opportunity to be vaccinated,” Dr. Abewu said.

He noted that until recently, the fridges in which the vaccines would be stored had not been installed. Dr. Abewu added however that in the recent past such challenges have been resolved.

He said their focus as regards the vaccination is on the Tamale and Sagnarigu Municipalities because the Covid-19 infections are high in these areas.

”If you look at the cases of Covid-19 recorded in the area, more than 80 percent of cases diagnosed were diagnosed around these spaces,” he said.

Dr. Abewu said if they are able to vaccinate the target within these areas, the rate of infection would reduce.

Dr. Abewu added that the region recorded 1,205 cases compared to 596 last year and 17 deaths this year compared to 14 last year.

He said public gatherings during this festive season, is fertile grounds for the spread of the virus and called for the adherence to the Covid-19 safety protocols.