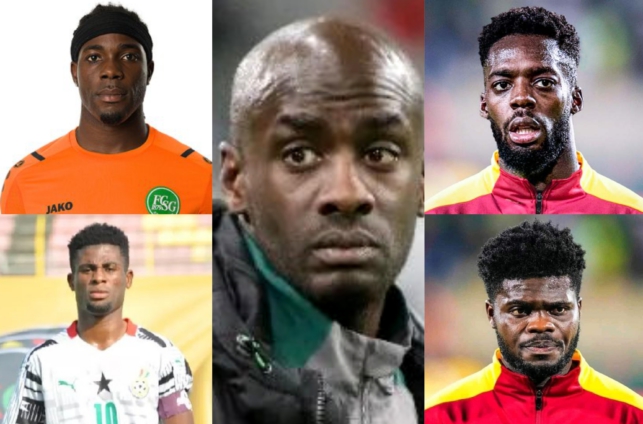 Dear Reader, Do you know what it means to be ‘sitting on tentorhooks’? Have you heard that expression before?

Let’s assume you haven’t seen it before, but you watched the last ten minutes of Ghana’s match against South Korea.

Well for your information, that period of anxiety, uneasiness and tension you may have felt is a perfect explantion of the expression ‘sitting on tentorhooks’.

Indeed, it was a period that kept many fans at the edge of their seats.

While some stood perplexed, others knelt in fear; with some praying for the time to gallop and simply vanish!

Until referee Anthony Taylor blew the final whistle, thousands of Ghanaian supporters had their hearts in thier mouths, and this can be verified from the testimonies of the anxious supporters themselves.

Some of the women who watched the match kept yelling in desperation, and even with the men who are more familiar with football, it was still a period of unsettling pressure and heightened adrenaline levels.

But thankfully, the tension turned into joy as the Black Stars eventually managed to carry the day; beating the South Koreans by three goals to two in that cagey encounter.

As it stands, the Black Stars are in a good position to qualify from the group stages of the competition.

With a match in hand against Uruguay, the team’s possibilities of progressing to the next stage of the competition is relatively higher.

However, moving forward, there are few things I believe the handlers of the team must note and work on.

So far, the Black Stars have conceded 5 goals from the last two matches they have played.

This means for every match, they have concede an average of 2.5 goals.

This statistics is not good, especially for a competitive tournament such as the World Cup.

On a stage like the World Cup where the stakes are vey high, a single goal can make all the difference and therefore conceding more than a goal in a match portends a lot of trouble for the team.

Whether through our lack of concentration, collective sloppiness or goalkeeping errors, this threatening narrative must change immediately.

Going forward, coach Otto Addo, must be able to deploy a raft of robust measures to seal the obvious lapses in the team’s defensive set up.

I dare say this is an urgent matter and the team cannot afford to ignore it, if it truly wants to make an impact in the ongoing tournament.

For the records, Thomas Partey is the man whose strike in Abuja helped Ghana qualify to this year’s World Cup in Qatar.

Coupled with his impressive inputs at Arsenal, he is definitely a force to reckon with.

However, it looks like Partey is having a hard time finding his rhythm in the current Black Stars setup.

While there are no doubts about his clout and caliber, it looks like he’s struggling to blend successfully into the team and make the desired impact.

Traditionally, he is known to be an integral playmaker, yet in the game against Portugal, he was a pale shadow of himself, and in today’s match, his impact was least felt.

Going forward, coach Otto Addo and his technical team must be able to devise an effective way of deploying him to maximize his fullest potentials.

If this cannot be done in the immediate, his replacement should be considered soonest.

Otherwise, he may as well come on as a second half substitute.

Football is a sport of time and seasons, and so sometimes, it is normal for a player to have a bad day or series of bad days. It appears Party is in that gloomy phase, so why keep him in the team?

Apart from Partey, another player who has failed to live up to the billing is Inaki Williams.

Despite the hype and sensation that was created around him, he has done very little to justify the accolades.

Against Portugal, he slipped at a crucial hour when he could have helped the team pull parity. Then in today’s clash, he missed a kick; making way for Kudus to score.

These two blunders exemplify how an underwhelming fellow he has been.

Under the circumstances, what must coach Otto Addo do?

Though unpopular, I’ll recommend that the Accra Hearts of Oak forward, Afriyie Barnieh, should be engaged to join Kudus and Jordan upfront. This is I believe will make our attacking trio a more potent one.

Regarding Barnieh, some critics have argued that he’s not yet due for a big stage like the World Cup.

What such naysayers fail to recognise is that, the Black Stars team is inundated with a lot of World Cup debutants as well, yet they are doing well. So why can’t Barnieh also excel?

In a match that saw what has been widely described as ‘unfair officiating’, the Black Stars lost by three goals to two against the Portuguese last Thursday, November 24.

After a goalless first half, the Portuguese drew first blood after Ronaldo converted a controversial penalty in the 65th minute.

The lead was soon canceled by Ghanaian skipper, André Dede Ayew in the 73rd minute, after tapping home from a pass by Ajax midfielder, Mohammed Kudus.

But just when hopes were high, the Portuguese took the lead again and deepened their dominance with goals from João Félix and Rafael Leão in the 78th and 80th minute respectively.

Then again today, after going ahead by two goals, the team slipped into laxity and allowed the South Koreans to equalise.

This shows that, the Black Stars are not very good when it comes to studying the temperature of games, and deciding what exactly to do; raising questions about the team’s game management.

To resolve this crisis, Otto Addo and his ilk must pay more attention to the dynamics on the pitch, to inform their strategies and tactings.

Conceding two goals soon after an equaliser is an indictment on game management, which needs attention.

The lad has proven that he has what it takes to guard the post against goals.

In today’s game, he made some very decisive saves, hence if his morale is further enhanced, he will be able to cement his place as the savest pair of hands in the Black Stars goal post for this tournament and beyond.

All the same, it was spirited game from the Black Stars worthy of commendation. May the days ahead be bright!

The author of this piece is a writer, a broadcast journalist and corporate MC, currently with The Multimedia Group.

He’s also a football enthusiast and a match commentator by name Paa Kwesi Schandorf. You can reach him on (+233) 273141821 or derrick.ayirebi-acquah@myjoyonline.com.

DISCLAIMER: The Views, Comments, Opinions, Contributions and Statements made by Readers and Contributors on this platform do not necessarily represent the views or policy of Multimedia Group Limited.
Tags:
2022 FIFA World Cup
Black Stars
Ghana
otto addo
Qatar 2022
South Korea