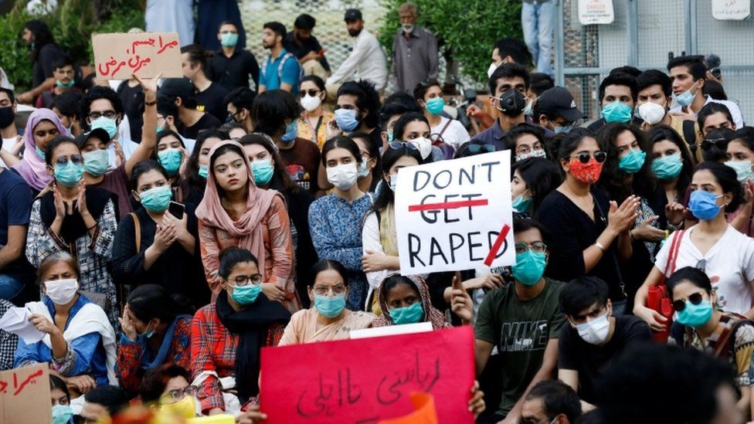 Pakistan’s president has signed a new anti-rape measure aiming to speed up convictions and toughen sentences.

The ordinance will create a national sex offenders register, protect the identity of victims and allow the chemical castration of some offenders.

Special fast-track courts will hear rape cases and will be expected to reach a verdict within four months.

It comes after a public outcry against sexual violence following the gang-rape of a woman outside the city of Lahore.

The woman was assaulted on the side of a motorway leading into the city in front of her two children. Lahore’s most senior police official implied the following day that the victim had been partially at fault for the assault.

His comments and the brutal assault appalled Pakistanis, spurring a wave of demonstrations nationwide and forcing the government to promise action.

Prime Minister Imran Khan and his cabinet approved the legal measure last month, and President Arif Alvi signed it into law on Tuesday.

The government now has 120 days to take the measure to parliament and have it permanently passed into law. Until then the law will remain in force.

Some however have criticised the ordinance, saying the punishments are too harsh and arguing that officials did not follow the necessary consultation process before approving it.

Other countries already use chemical castration – medication to reduce testosterone – as part of their sentencing for sexual offenders: Indonesia passed a chemical castration law for paedophiles in 2016, while Poland made it compulsory for adults who rape children in 2009.

There has been growing awareness of sexual violence in Pakistan over the last few years.

In 2015, one woman was gang-raped in a remote village and footage of the attack appeared on social media. The country did not have laws to stop the footage from being shared online.

DISCLAIMER: The Views, Comments, Opinions, Contributions and Statements made by Readers and Contributors on this platform do not necessarily represent the views or policy of Multimedia Group Limited.
Tags:
anti-rape ordinance
Pakistan