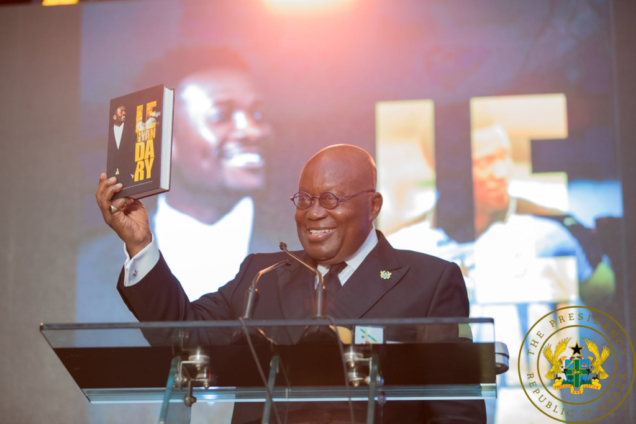 On Saturday, April 30, the former captain of the Ghana national team, Asamoah Gyan, launched his first autobiography at the Kempinski Hotel in Accra.

The book titled ‘LeGyandary’ documents his life as a successful footballer and an entrepreneur. It takes readers through the journey of Gyan’s early days and his rise to fame as, arguably one of Ghana’s greatest-ever striker.

Addressing the patrons on his life journey, Asamoah Gyan, who was overcome with emotions teared up while crediting his brother, Baffour Gyan for his success.

“I didn’t expect this level of appreciation. I’m overwhelmed by the love shown,” he said.

“When I started, no one knew who Asamoah Gyan was. I couldn’t have done it without the support of my brother. He’s the one behind my success.”

See pictures and videos below: