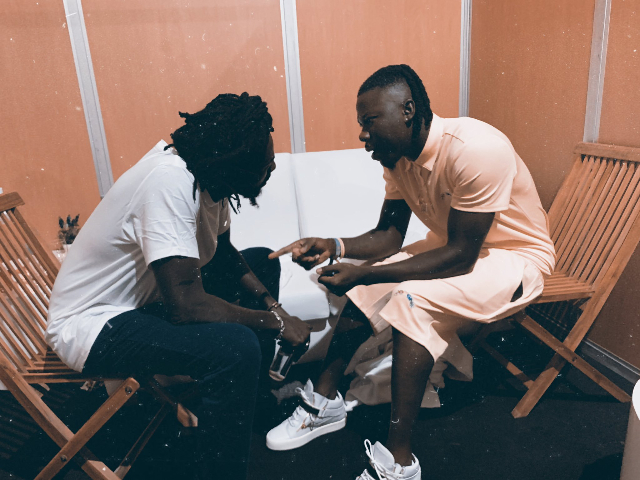 Dancehall act Stonebwoy has shared photos of a meeting he had with legendary Jamaican reggae music star Buju Banton.

Stonebwoy met the reggae music legend during a performance at the Afro Nation Festival in Faro, Portugal on Thursday.

Although he did not divulged details of their discussions, an elated ‘Top Skanka’ hitmaker could not hide his joy after meeting Buju Banton.

“… and the Gargamel Said!! @BujuOfficial  ,” he captioned the photos. Congratulations My Youth!
“Keep Up The Works says The Gargamel.@bujuofficial
@unclekay Has The Exclusives..” he also captioned a video he uploaded.

Known for several hit songs, including ‘Destiny’, Buju Banton is one of the most significant and well-respected artists in Jamaica and reggae music.

Born Mark Anthony Myrie, he was in December 2018 released from jail after serving seven years of a ten-year sentence.

Stonebwoy is currently embarking on the ‘Shuga Sumer Tour’ which will see him perform in several European countries like Germany, Spain and the UK.

He has over the past few years worked with major international stars like Morgan Heritage, Sean Paul and Beenie Man.