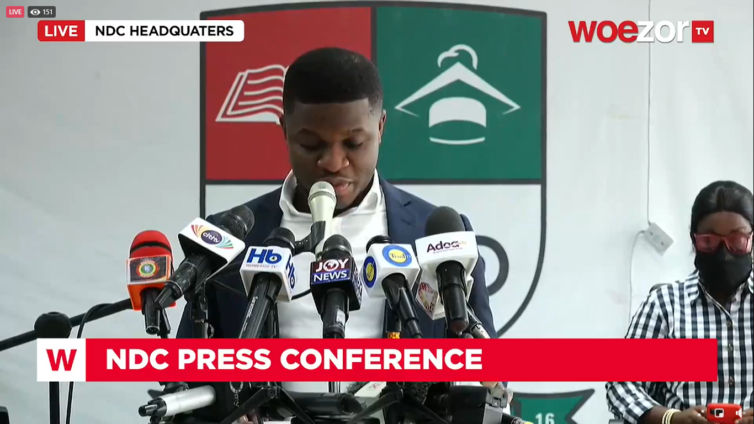 The opposition National Democratic Congress (NDC) has held a press briefing to discuss the $170 million judgment debt the country has been slapped with for wrongful termination of GPGC agreement.

Last week, the Minister of Justice and Attorney-General, Godfred Yeboah Dame disclosed his intention to lodge a formal complaint with the Criminal Investigations Department (CID) to investigate the Power Purchasing Agreement signed between the erstwhile NDC government and GPGC.

Mr Dame accused the signatories of failing to undertake a conclusive work which will protect the public purse.

However, some political actors affiliated with NDC debunked the claim.

The Communication Office on Monday therefore took to the media to state the party’s official stance on the matter.