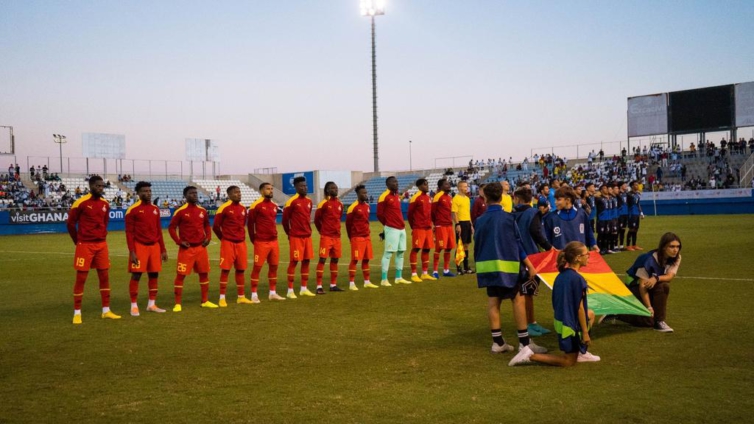 The Black Stars of Ghana ended their international window on a winning note as the team secured a 1-0 victory over Nicaragua on Tuesday night.

Abdul Fatawu Issahaku scored the only goal of the game in the 35th minute with a curled effort from inside the penalty area to give Otto Addo’s side the needed win having suffered a 3-0 loss to Brazil four days ago.

With lots of chances in the game, the Black Stars could only take a 1-0 win as they ended their games for this window.

Here is how the players were rated:

The Orlando Pirates shot-stopper was not tested throughout the game and was the starting point of Ghana’s build-up from the back.

Seidu played as a makeshift right-back and barely faced many challenges as Ghana had the ball on most occasions. Surging forward, the player adapted well and could have scored in the second half.

Amartey just like the rest of the back four was not involved in too many duels. He also did what was expected of him anytime he had the ball.

Salisu put no foot wrong defensively and was involved in the final third on a number of occasion but his efforts were far from troubling the goalkeeper.

Returning into the starting line-up, Gideon Mensah put up a good performance in the left-back role and made some decent runs down the left flank. However, the player would need to do better with the ball in the opposition’s half.

Baba Iiddrisu will have to do better anytime he has the ball at his feat. Against Nicaragua, the defensive midfielder struggled with the ball and was caught off guard on a number of occasions.

Kyereh was Ghana’s best player on the pitch against Nicaragua on Tuesday night. The Freiburg star kept the ball and made good recoveries as well moving it in the final third.

Issahaku may have scored in the first half of the game but he did not show more of his abilities after netting what was the game’s winner.

Just like in previous, Kudus had more of the ball and could have set up his teammates on several occasions but ended up achieving the intended results. He was also presented with a lot of opportunities as well.

Bukari made some good runs in the game and should have been on target as well. However, some of his decision-making was rushed and not the best.

Inaki Williams looked isolated for most parts of the game and make some decent runs which could have seen him have a goal or two. His only shot on target was parried away by the goalkeeper.

DISCLAIMER: The Views, Comments, Opinions, Contributions and Statements made by Readers and Contributors on this platform do not necessarily represent the views or policy of Multimedia Group Limited.
Tags:
Black Stars
Nicaragua