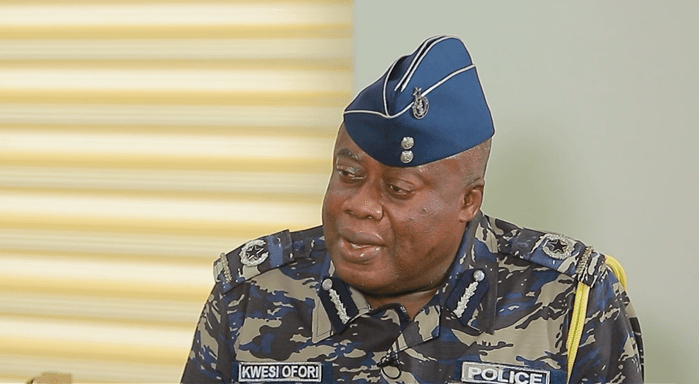 The Director-General of Public Affairs at the Ghana Police Service, DCOP Kwesi Ofori, has refuted accusations that the Police is targeting journalists for arrest as part of actions to intimidate the press.

According to him, the Police’s actions are in compliance with the law.

Speaking on Accra-based Citi TV on Monday, DCOP Kwesi Ofori said the Police have so far remained fair, firm and professional in all the cases they handle regardless of the persons involved.

“All that we are saying is that the journalists must be responsible and make sure that things put out are information that is true and accurate. When things are done haphazardly, it creates a problem for everyone,” he said.

In the last three weeks, three journalists have been arrested by the Police over claims they made on the radio which the Police describe as a threat to national security.

The arrested persons include; Accra FM’s Bobie Ansah, Power FM’s Oheneba Boamah Bennie, and Onua FM’s Captain Smart who have all been charged with publication of false news and offensive conduct.

The development has reignited conversations as to whether the fearful Criminal Libel is nicodemously being introduced into the governance of the country.

However, DCOP Ofori insisted that the Police operate fairly and is not targeting journalists for arrest as being claimed.

“I think the Police are being fair to all manner of persons in this country. When a case is lodged and it can be referred to in our criminal code, the law is there and they have not been repealed, it is not about people in authority, anybody can report that case,” he said.

The Police officer said to the extent that Section 207 and Section 208 of the Criminal offenses Act are active and not repealed, the Police has a duty to enforce it and hold those who fall foul to account.

He said the Police believed that the court is the final and a credible arbiter and so persons who are aggrieved or believe the Police does not have the power to effect an arrest in some of the circumstances can sue.

DISCLAIMER: The Views, Comments, Opinions, Contributions and Statements made by Readers and Contributors on this platform do not necessarily represent the views or policy of Multimedia Group Limited.
Tags:
Attack on Journalists
DCOP Kwesi Ofori
Journalists