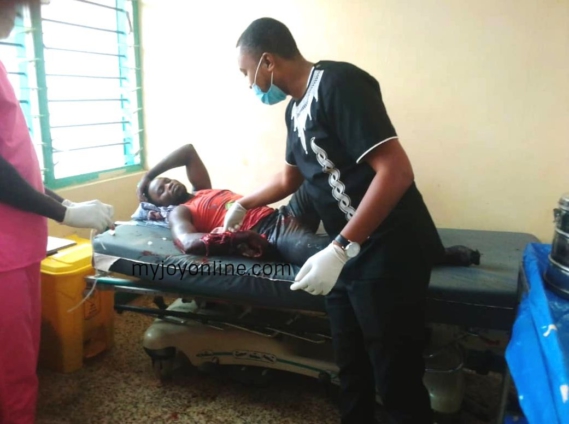 The Akontombra Police patrol team has allegedly shot a civilian during a mob attack on them at Sefwi Asantekrom, a farming community in the Sefwi Akontombra district of the Western North Region.

Confirming the incident to Adom News, the Regional Crime Officer, Nana Kwaku Duah (ASP) said due to the crime rate in the area police normally go on day and night patrols.

He narrated that in the course of the patrol, two men were seen holding bags and were alerted to stop for a check. However, they refused and decided to run.

This raised suspicion among the police who following them while running into the bush.

Later, many other young men emerged from the bush to attack the four policemen.

According to the crime officer, the police fired warning shots but the suspects were attempting to disarm one officer.

This eventually led to the shooting of one of the group members in the hand.

The victim was identified as 29-year old Ernest Arthur.

He was rushed to Wiawso Government Hospital but has transferred to Okomfo Anokye Teaching Hospital in Kumasi for further treatment.