Presidential travels: Focus should be on benefits, not expenses – Council of State member 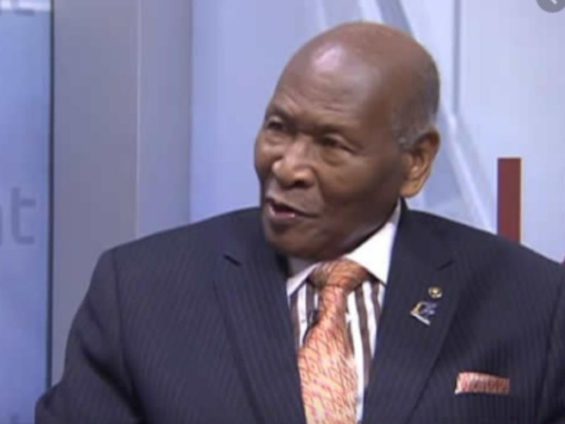 Member of the Council of State, Samuel Okudzeto says the constant attacks on President Akufo-Addo over the cost of his travels is not productive for the country.

Speaking to JoyNews’ Kwesi Parker Wilson, he argued that the citizenry spends more time criticising the travels rather than looking at the benefits derived from them and their impact on the country.

“When he was going to Germany, there was hue and cry. ‘Why is he travelling? He takes these expensive planes? It cost so much per day.’ People do not understand what diplomacy is all about. Diplomacy is an expensive process, but there are always benefits.”

“The President cannot sit down there in the Jubilee House and think all these [benefits] will just be coming to us.  I don’t think it (attacks) is productive and helps the country,” Mr Okudzeto said.

The Council of State member added that despite the impact of Covid-19 on economies all other Heads of State are travelling to other diplomatic gatherings which could help revive economies among others.

“He (President Akufo-Addo) was invited by the people so he has to go. We spend more time criticising than sometimes looking at the benefit that comes to us because we don’t even study the system,” he said.

His comment comes after Member of Parliament for North Tongu, Samuel Okudzeto Ablakwa revealed he is set to file another urgent question in Parliament to demand full disclosure on the cost of the President’s foreign travels.

Mr Ablakwa, in his latest submission, is accusing the President of chartering a luxurious jet costing the taxpayer GH₵3.7 million for his current trip to the United States.

Speaking on Joy FM’s NewsNight on Tuesday, the legislator said “the fundamental objection to this chartering of luxurious aircraft is that we have a functioning Presidential jet. It is in a pristine state, it has not gotten to the end of its lifespan.”

However, the Council of State Member believes that if there are concerns over the President’s travels, propositions can be made to explore other ways he can travel rather than the “daily wholesale attacks” rained on him.

“That is why I am saying that as a nation, we can agree on certain basic principles so that we all operate upon them instead of these attacks,” he added.

In early September 2021, Mr Ablakwa again alleged that the President hired another luxurious aircraft on his recent foreign trips to the UK and Germany.

But, the Director of Communications at the Jubilee House has dismissed the claims stating that the information put out by Mr Ablakwa on the Presidents’ recent travel, is false, adding that President Akufo-Addo did not use a Luxembourg-based aircraft registered LX-DIO as suggested by the MP.

Meanwhile, the North Tongu MP Mr Ablakwa in his post on social media, on Tuesday, accused the President’s Spokesperson of “peddling falsehood” especially when he was unable to provide alternative facts.

DISCLAIMER: The Views, Comments, Opinions, Contributions and Statements made by Readers and Contributors on this platform do not necessarily represent the views or policy of Multimedia Group Limited.
Tags:
Council of State
Luxury travels
Presidential jet
Samuel Okudzeto
Samuel Okudzeto Ablakwa