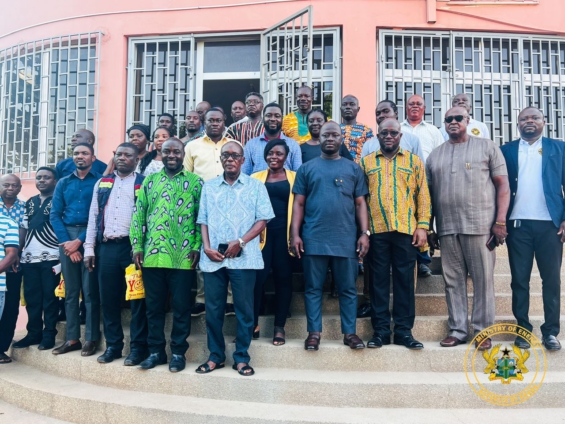 This follows regional public consultations in all the 16 regional capitals, after the Vice President, Dr. Mahamadu Bawumia, launched the engagements in February this year at the Kempinski Gold Coast Hotel in Accra.

Across board, whilst these stakeholders appreciated government’s efforts in dealing with the reality of energy transition, the general consensus was that this should be done in a sustainable manner in order not to put the country at a disadvantage.

On Friday 3rd June, 2022, Civil Society Organisations (CSOs) in the energy space acknowledged that the recent push for accelerated energy transition by government has received significant support from global stakeholders, referring, among others, to the UK Government’s pledge not to support funding for oil and gas projects as well as its adoption of a policy to end the sale of new petrol and diesel cars in the UK by 2030.

This in their opinion should encourage government to be firm in its stance to transition it its own pace.

Monday 6th June 2022 was the turn of the diplomatic corps and donor agencies. The general consensus was that the transition pace and strategies that Government of Ghana has put in place would ensure that the country’s oil assets are not stranded.

They appeared satisfied that the President’s declaration that, whilst Ghana and Africa will work towards reducing carbon emissions, there is a desirable basis for balance that ensures the sustainable development of the countries.

The next day’s engagement with representatives of various religious groupings also established support for the government and a commitment to play an important role in the process by engaging in  sensitisation and dissemination of the message to their various constituents.

The Ghana Upstream Chamber also entreated Ghana to pace cautiously in her attempt to transition to cleaner energy, and do so at her own pace, without succumbing to pressures from the west. These comments were made as part of the continuation of the stakeholder engagement on Wednesday 8th June 2022.

The chamber underscored the essence of clean energy in our energy mix and cautioned the need for government to ensure that assets that relate to fossil fuel in Ghana are not stranded as well as relevant logistics are put in place to operate a clean energy system.

The chamber also stated that Ghana now is not ready for electric vehicles to be used in mass quantities as there are only a few charging stations in the country and this would make electric car-drivers stranded. They added that government must ensure that all arrangements are made and have been practicalised before electric vehicles are used on a commercial scale.

The chairpersons for all these engagements, representing Energy and Transport Ministers, Dr. Matthew Opoku Prempeh and Kwaku Ofori Asiamah respectively, gave the assurance that the Ministry remains committed to pursuing targeted stakeholder engagements with other stakeholders such as the independent power producers, charcoal producers, just to mention a few, in the coming weeks.

The stakeholders were further assured that their contributions and suggestions would be duly taken on board in the formulation of a draft National Energy Transition Plan for the attention of Cabinet.