Reality Zone with Vicky Wireko: When our world stopped momentarily 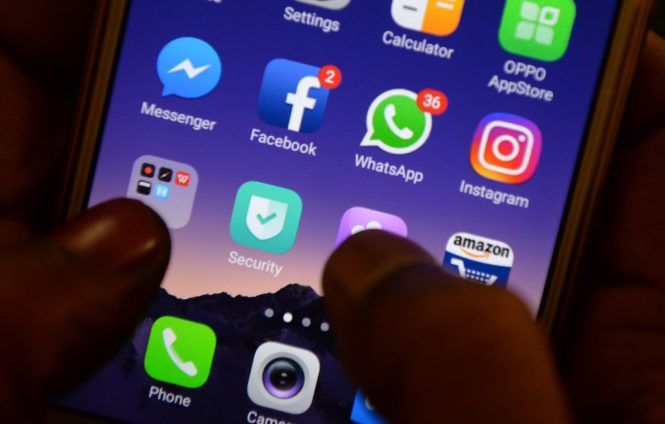 It is now crystal clear, well, at least for me and a few people I know, that our world today is orbiting around social media. It is bringing people and businesses together every second.

And so there was chaos when last Tuesday, a total eclipse of our world’s communication powered by social media handles occurred. I fiddled with my phone, thinking that critical aid had given up on me. Countless times, I had to reset the phone to see if I could connect.

I could not understand why the internet signal was exceptionally good and yet could not connect to any social media to communicate with my world. I was tearing my hair apart and eventually gave up in desperation to do other things.

Then someone called me and confirmed that there was a problem with Facebook. I told him that it was not April 1st so why the joke. It was a real crisis situation, he said.

I was confounded. How could one company’s problem jostle billions of people around the world with no prior warning, in this period of heavy dependency on instant communication? I went on the internet to read headlines and breaking news from world media reports on what was happening.

My searches pointed to some whistleblower’s damning allegations against Facebook. So, as the lid of the scandal was blown off last Sunday evening on a US television programme, this alleged whistleblower’s identity was revealed. A former Facebook product manager spilt a whole lot of insider allegations.

The gist of the allegation against Facebook by its former manager was that the company had knowledge of its products causing meaningful harm, including negatively impacting the mental health of teens but had not made any attempts to make any major changes to fix the problems.

There were other allegations she made against Facebook which was politically linked to the US 2020 presidential elections.

As a corporate entity with some degree of loyalty to its stakeholders, Facebook did not sweep the allegations under the carpet.  They no doubt took pains to dispute the allegations.

What is clear however is the fact that the company has been left with a monumental PR crisis to deal with as it fights to clear its image and reputation.

The PR crisis happened all the way in the US with Facebook grappling with jolts never expected, yet it was not only limited to US stakeholders. The lives of billions of people around the world and many businesses that depended on the products of Facebook had their sun going down for hours. In an era of total dependency on communication and media, it was a total eclipse.

The Facebook crisis leaves one with some critical lessons looking at how far communication has evolved over the decades and how easy and luxurious communicating around the globe has been.

Whoever thought mobile phones and text messages were going to take so much rigour from our lives. Talk about it in the 1980s was considered a distant possibility.  At the time, one was hooked on to telegram. One thought it was a fantastic reality to send messages with a few coded words in a matter of minutes.

Skype, hangouts, portals, intranets and many other products of their likes came in and viola, our world became a beauty to behold when it came to the business of communication.

Facebook, Whatsapp, Twitter, Instagram, Facetime, Zoom, Webinar, LinkedIn, YouTube and many other applications made their debut in the last decade, especially in the last couple of years. They have completely given our world of communication a retrofit, a total facelift.

Nonetheless, crisis time is the time for new innovations. Has what happened to our world last Tuesday with Facebook created any opportunities for the entrepreneurs out there? I bet it has.

There is room, plenty of room, for many more innovations and alternatives for instant communication with persons near and far. The period we find ourselves calls for that, no doubt.

My other learning from the Facebook issue is the case of ethical behaviour of corporate institutions towards their stakeholders. That it pays to look outside of the business as doing good has a correlation with reputation and business success.

Above all, my greatest lesson from all this is that while businesses cannot satisfy every employee they engage, it is always necessary to understand the people, respect and value their inputs and suggestions since they live in the communities from where customers and patrons of their products come from.

From all indications, the former manager turned whistleblower had issues with her employers prior to her departure from the company.

If for nothing at all, she succeeded in causing a jolt to her former employer and caused our world of instant communication to stop momentarily. Thankfully, getting back to our comfort zones was only a push-button away.