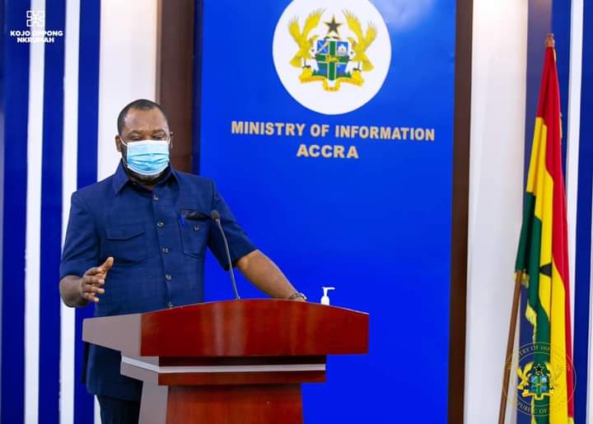 The Minister for Energy, Dr. Matthew Opoku Prempeh has disclosed the reasons behind the recent power outages, experienced in parts of the country.

According to him, this is as a result of some unfavourable load imbalance in the systems used in the delivery of power.

Some parts of the country have been experiencing some intermittent power fluctuations, popularly known as “dumsor”, lately.

As a result, many have suggested that the nation is on the brink of returning to the days of intense power crisis.

Others have also requested the Electricity Company of Ghana (ECG) to publish a timetable for the outages to enable them plan their activities accordingly.

However, the Minister responsible for energy, at a press briefing on Wednesday, April 13, disclosed that the above-mentioned cause, forces some equipment to go off automatically to prevent damages to the system.

He thus urged Ghanaians to bear with the Ministry as it strives to resolve the situation.

“A couple of days ago, we had the Aboadze Switch Yard burnt and has led to a lot of intermittent power curtailment in parts of Western Region, Central Region, and even the Greater Accra Region. Because, what GRIDCo is doing is to put all the networks in a circuit such that energy can be wheeled wherever with automatic metres. But that also meant that they will increasingly have trip offs if the load imbalance is unfavourable to the system. So the system decides to shut itself down to prevent machine and equipment damages.”

“So it’s true that parts of the country are experiencing intermittent power surges because of a combination of factors, which are the works that we are doing and the light going off by itself.”

Recently, the Ministry dispelled claims that the country will be returning to the days of power rationing.

This was in response to comments by former Minister of Power during the Mahama-led administration, Dr. Kwabena Donkor, suggesting the return of the menace.

Dr. Kwabena Donkor is reported to have said that “dumsor” is imminent due to the “insignificant addition to our generation capacity.”

But officials of the Communications and Public Affairs Unit of the Energy Ministry have assured the public that the country is currently not facing challenges with power generation.