Rejection of some MMDCE nominees in Ashanti blamed on NPP leadership 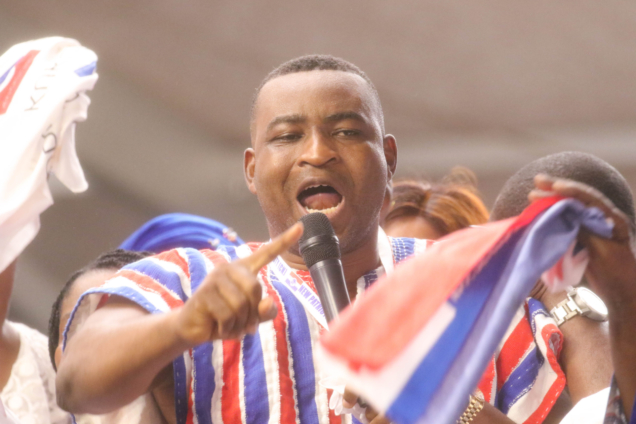 The rejection of some Metropolitan, Municipal and District Chief Executive (MMDCE) nominees in the Ashanti region has caused a stir.

Three nominees in the region – Offinso North, Atwima Nwabiagya South and Juaben, were rejected by Assembly Members when the process began on Monday, September 27.

The Assemblies have ten days to undertake another election to either confirm or reject these nominees.

But leadership of the New Patriotic Party in the region has been blamed for poor engagement with the grassroots in the selection of some nominees.

Fingers are pointing in the direction of Regional Party Chairman, Antwi Boasiako, popularly known as Chairman Wontumi, and his executives for imposing MMDCEs on the people.

For Atwima Nwabiagya South, the incumbent MCE, Awuku Amoah was re-nominated for the position.

Unfortunately, he polled 19 votes out of 31 total votes cast. Voting in this municipality was conducted amid tension and petitions against the nominee.

He was later affirmed by the Assembly Members in a second poll on October 1.

In Kwabre East, the Constituency Chairman, Opoku Agyemang Bonsu’s nomination as MCE was rejected. He polled 27 out of 43 votes cast – 15 of the Assembly Members voted against him and one ballot was spoiled.

One of the Municipalities, whose candidate suffered massive defeat is Juaben.

Alex Sarfo Kantanka, who is the NPP Constituency Chairman, had his nomination for the DCE position rejected. Out of the 26 who voted, only 6 voted ‘YES’, the 20 others voted ‘NO’.

The 77 percent voter’ rejection caused public uproar in the Juaben community on that fateful day. Fingers pointed at Chairman Wontumi for imposing someone they claim is not a unifier.

Others said he sponsored the defeat of some Assembly Members, and that it is payback time.

“It is no news that he has been rejected. If you have the likes of Wontumi forcing people on us, this is the result you get. If the NPP led by the President allows this to continue, the end results will reflect in the 2024 elections,” said a resident, Wofa Kwasi on live radio.

Before it’s separation, the Ejisu-Juaben Assembly was noted for rejection of MCE nominees.

In May 2017, Assembly Members in the Ejisu-Juaben Municipality rejected the President’s nominee, Madam Beatrice Serwaa Derkyi as she failed to secure a two-thirds majority of the votes.

Yet to be voted for

For the Asokore Mampong Municipal Assembly, for instance, residents and some Assembly Members described the nominee as an ‘outsider’.

The former Nhyiaeso Member of Parliament, Kennedy Kankam’s nomination did not receive the expected warm reception by the people.

As soon as the nominees were made public, JoyNews engaged some of the Assembly Members and residents in the Municipality.

“We had wanted somebody who is a resident of the Municipality, who is more abreast with our situations and challenges. But we shall consult and put it to vote when the time comes,” an Assembly Member said.

“We will not agree since the person doesn’t come from Asawasi. The Assembly Members should not vote for him,” said a resident. “At least the nominations should have come from the aspirants. He [Kennedy Kankam] is not from this constituency. Asokore Mampong Municipality is bigger than him. I am really hurt and not happy with this decision.”

Asokore Mampong joins the Kumasi Metropolitan Assembly as the highly expected two that are yet to hold a session to either confirm or reject the nominee.

Assembly Members at the Kumasi Metropolitan Assembly have already threatened to reject the nominee, Samuel Pyne, if the government fails to clear over GHS50million debt owed by the Assembly.

Some of the concerns are that a good number of the nominees are Constituency Executives who are being compensated with the nominations.

Another section of the people observed that the regional leadership has not properly engaged the grassroots before the nominations.

Some NPP members also threatened to boycott party activities due to the failure of the President to nominate their preferred candidates.

The new Suame MCE, for instance, is a known aide of the MP for the area, Osei-Kyei Mensah Bonsu.

According to some political analysts, Maxwell Ofosu Boakye, might not be able to call the MP to order when need be.

There are others who are of the opinion that a good relationship between the MMDCEs and MPs is critical for developmental decisions and implementation.

Public Interest Advocate, Frank Aboagye Danyansa, has been very vocal on the political landscape in the Ashanti region for years.

He reiterates that regional executives of the ruling party under the leadership of Chairman Wontumi, playing the partisan affiliation card in the process, is a challenge.

“The regional executives of the ruling party are the problem – the change they want should start from themselves now, If they want to help the party.

“They have a problem; the current executives are not doing well. From the regional chairman to the last person at the regional office must be changed. New people should be given the chance,” he added.

So far, 20 out of the 43 MMDCE nominees know their fate after getting approval from the Assembly Members. Majority of them secured 100 percent endorsement.

Eleven (11) out of the number are new entrants.

Many have said the performance of the MMDCEs in the lead up to the 2020 election is the reason for the new faces being requested by the people on the ground.

The NPP’s performance at the local level in the 2020 general election were blamed on the MMDCEs and local leadership for poorly disseminating government’s work on the Planting for Food and Jobs (PFJ), One District One Factory initiative, Free SHS Policies, among others.

Projecting and effectively communicating government’s initiatives into the minds of the local communities have been critical to the nominations.

A group calling itself the Coalition of MMDCE Aspirants, at an earlier press conference, called on the nominees to work closely with stakeholders to implement government’s flagship policies effectively for the needed development.

Though the Ashanti Region has not seen any violence as a result, there were pockets of protests in parts of the country after announcement of the President’s nominees.

Convener of the group, Emmanuel Frimpong Obrempong, has asked members of the party to exercise restraint by accepting persons nominated as Chief Executives for the various local Assemblies.