Relocated traders in Takoradi worried about the onset of rains 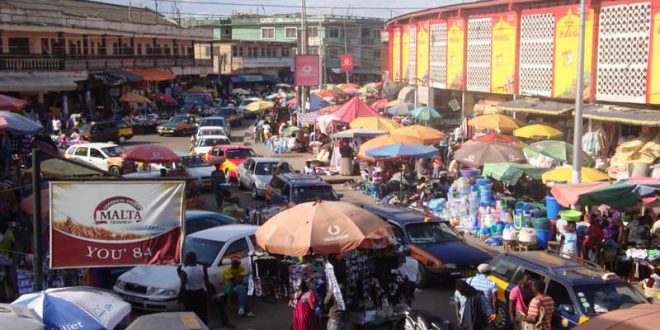 Traders of the Takoradi Market Circle, who have been relocated to a new site, have called on the Sekondi-Takoradi Metropolis Assembly (STMA), to speed up work to enable them secured spaces for their wares before the onset of the rains.

Some of the traders, who were also yet to be given spaces, pleaded with the Assembly to hasten the process to allow them to make ends meet.

The traders expressed the concerns in an interview with the Ghana News Agency in Takoradi on Wednesday.

Madam Mavis Donkor, a trader, entreated the city authorities to be quick in the allocation process for the remaining traders who were yet to be settled.

Madam Grace Eshun, who sells vegetables, said in as much as the rains would be a big problem to her, she could not afford to lose her customers.

“I will wait patiently for the authorities to allocate me a store or a shed.”

On her part, Madam Catherine Andoh said the rains had been a problem for market women year in and out but her major concern now was that she was yet to get a shed allocated to her.

Meanwhile, Nana  Agya Kwamena XI, Chief of Apremdo, has called on authorities to reconsider activating the Apremdo market as many of the affected traders preferred their current places to move to the Apremdo market.

The Chief bemoaned why such a national investment was made to rot while traders struggled for space to trade.

But some traders the GNA spoke with were also unwilling to move to the Apremdo market should a directive come from city authorities.

Madam Emalia preferred perching with someone who got a store or shed rather than go to the Apremdo market.