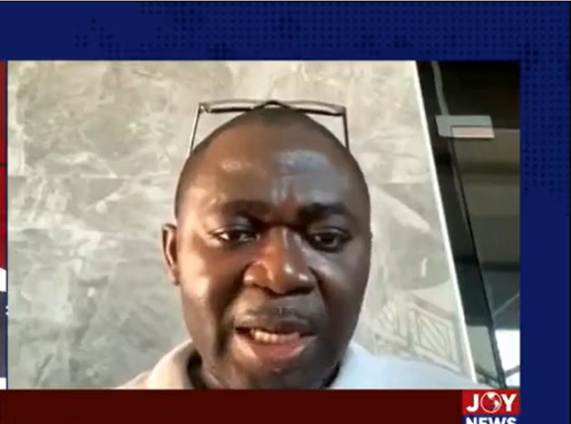 Chief Economist and Director of Labour Research and Policy Institute, Trades Union Congress (TUC), Dr Kwabena Nyarko Otoo has called on the government to pay heed to the demands of labour unions.

This comes after the Trades Union Congress (TUC) urged government to adjust workers’ basic salary to meet the rising levels of inflation, something they say is making it difficult for them to meet their basic needs.

Speaking on news analysis show, Newsfile, on Saturday, Dr Kwabena Nyarko Otoo asked the government to restore workers to the level of pay eroded by rising prices in the country, adding that “this is the least government can do.”

“That is the norm, when you go into a negotiation the least you should get is to restore the value of your income that may have been eaten away by rises in prices reflected in inflation data. But then, this particular instance goes beyond inflation. We all know what happened in 2021 and 2022 when we were negotiating for 2022 base pay of 7%, inflation was around 9%, today inflation is about 19%.

“In the last 2 years, wage income has declined about 30%. Now if you take the whole period that we have implemented single spine, wage income has actually declined by 8% in real terms so when you put all this together plus all the other things happening in the economy, labour is high hit and the least you can do is to just restore us to the level of our pay that has been eroded by rising prices,” he stressed.

Dr. Otoo also stated that if government however wants to reward the labour unions for hard work in contributing to economic growth, then “you’ll have to top it up with a standard of living allowance.”

According to him, the unions expect the addition of a standard of living allowance in 2023.

When asked if labour could make any sacrifice considering the current state of the economy, he said that labour unions have made huge sacrifices over the last 2 years, therefore asking for more sacrifices would be unfair.

“Cast your mind back 4% 2021, 7% 2022 and look at the inflation rate. What level of sacrifice do you want labour to make again? There is nothing. We’ve gotten to a point where labour cannot reproduce itself,” he said.

In the meantime, rising cost of food pushed inflation rate in the month of March, 2022 to 19.4%, the highest since August, 2009, the Ghana Statistical Service (GSS) has revealed.

But Deputy Finance Minister, John Kumah, says the government is not against any opportunity that will improve the conditions of workers in the country.

He revealed the government will continue engaging relevant stakeholders until all salary concerns are fully addressed.

“Workers in Ghana have played a very crucial role in bringing our country to the levels and state that we find ourselves and as government, we are very appreciative of the role of workers and we’d continue to do our best to improve the conditions of salaries and benefits of workers in Ghana.

“The good book has said that the labourer is worth his wages. So, whatever we can all do to make the Ghanaian worker a happier worker is also an objective of government,” he said.