The authorities in Burkina Faso, struggling to grapple with a growing wave of Islamist militant attacks that is affecting the region, are planning to give weapons to civilians, as Louise Dewast reports.

The Burkinabe government is under pressure to take new measures to try and curtail the militants.

In January alone, at least 60 people were killed in four separate attacks in the north of the country.

Members of parliament recently unanimously voted in favour of arming civilians in a move they said would help combat the armed groups. It is due to be signed into law. 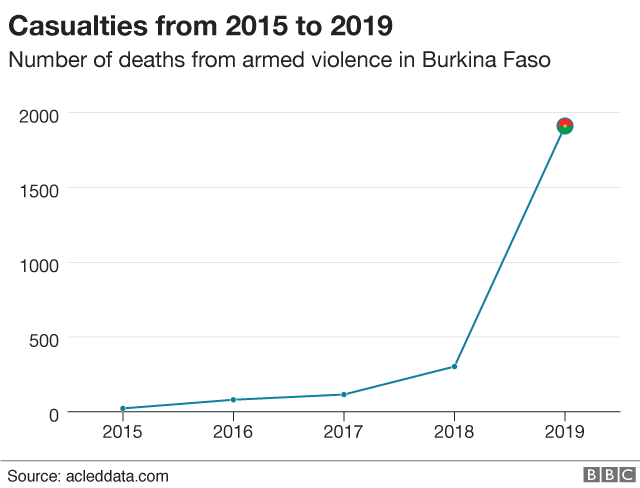 The attacks by militants linked to al-Qaeda and the Islamic State group have significantly increased in the past year, causing more than half a million people to flee their homes.

Critics have questioned whether the new measure will make people safer, but the government insists that armed volunteers are necessary to stem the spread of violence.

Why get civilians involved?

The law says that the army’s capacity to fight the militants is limited in terms of numbers of soldiers and lack of appropriate training.

“In light of the persistent threat, populations have… expressed their desire to actively engage in the defence of the homeland,” it states.

But this is not proof of the army’s weakness, the government insisted. Speaking to the BBC, Communication Minister Remi Dandjinou likened the future volunteers to members of the French resistance during Germany’s occupation of France in the World War Two. 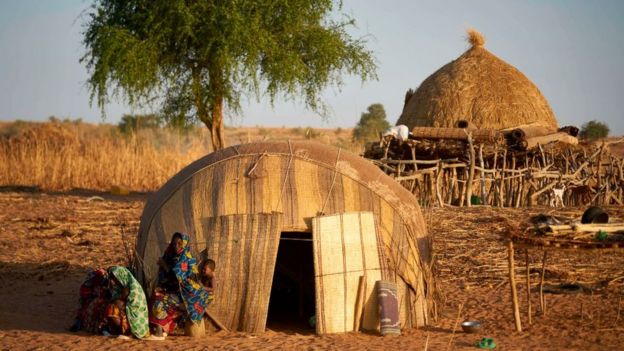 But there is a concern that the new measures could heighten ethnic conflict and fuel tensions between rival hunting and farming communities.

“The Burkinabe security forces are themselves implicated in very serious abuses against suspects,” Corinne Dufka from Human Rights Watch told the BBC. “That is why subcontracting any defence responsibilities to armed civilians is so potentially problematic.”

“It could exacerbate rising communal tensions and lead to more abuses, which would in turn push more people into the hands of the jihadists.”

Who will be armed?

Any national aged 18 and over can be considered for recruitment and there is no maximum age. But recruits cannot be part of any political group or party.

Volunteers must be patriotic and loyal and have a “spirit of sacrifice” which could include making the “ultimate sacrifice”, according to the law that the MPs backed.

But, after it was passed, Defence Minister Cheriff Sy insisted recruits would not be used as “cannon fodder”. 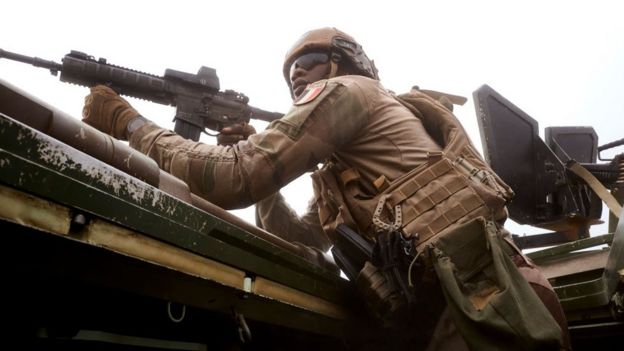 Recruitment will be carried out at a local level at an assembly where village leaders will be supervised by the army.

But the volunteers will not be a route to legitimising self-defence groups, made up of people who are sometimes referred to as vigilantes.

In Burkina Faso, as in Mali and Nigeria, civilians have armed themselves to defend their homes, and in some cases, gone on the offensive.

These self-defence groups are not officially sanctioned by authorities. They are often composed on ethnic lines and have in many cases targeted rival communities.

One of the concerns raised is that parts of the country – up to one-third according to some estimates – are believed to be under the control of militant groups, making it far too dangerous and impractical to hand out weapons in those areas. 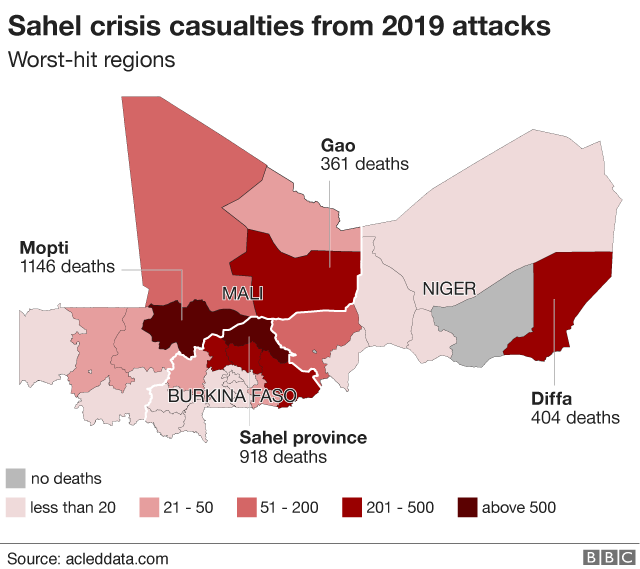 What training will volunteers get?

It is unclear when the recruitment will start and whether people are actually keen to sign up.

The law states that at least 10 volunteers should be recruited per village or area of residency.

Once they are recruited, the volunteers will undergo 14 days of training, which will include how to handle weapons, basic combat methods, the rules of discipline and civic and moral education.

It is unclear who will be providing the training and whether it will be followed up.

After their induction, the recruits will be given weapons, along with communication and observation equipment. But they will not get uniforms.

While volunteers, who are expected to sign up for at least a year, will not be paid, the groups will receive financial support from the state for equipment and other mission-related expenses. They are also allowed to receive donations.

They will get medical bills paid if they are injured and compensation if they are left with permanent injuries. Funerals will be paid for if those who die in action.

Nationally, the ministry of defence will oversee the work of the civilian force, but locally the village chief will be responsible.

What is their mission?

Volunteers are expected to be available at all times in their village.

They are expected to support the work of the army and police force, to help secure their village or district.

This could involve conducting surveillance and providing intelligence to the army but they are forbidden from conduct policing activities.

The volunteers will be expected to abide by a code of conduct, which for now has not been made public.