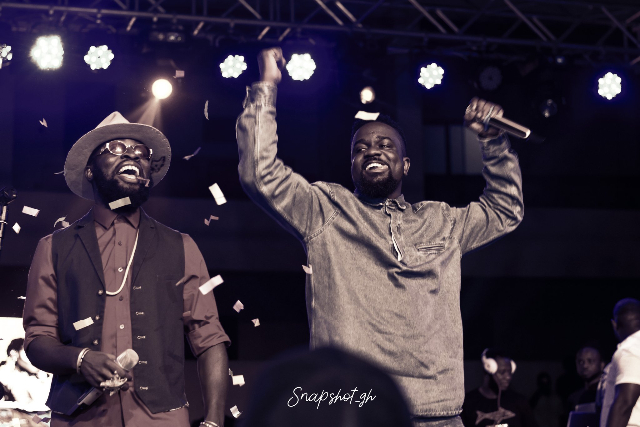 Rappers Sarkodie and M.anifest are set to serve fans with a collaboration.

For many years in the music industry, these rappers have been seen as rivals but they squashed their beef at the 2018 Manifestivities.

The action got fans asking the obvious question – “When are they going to drop a joint together?”

It seems fans of the two of the country’s best rappers have their wish.

Sarkodie dropped a video of his 2019 BET Cypher on his Instagram page which was released after he won the Best International flow award at the BET Hip Hop Awards.

The rapper in his caption stated he was ready to make the cypher a song and feature M.anifest.

M.anifest wasted no time responding “For the culture…my mind dey.”