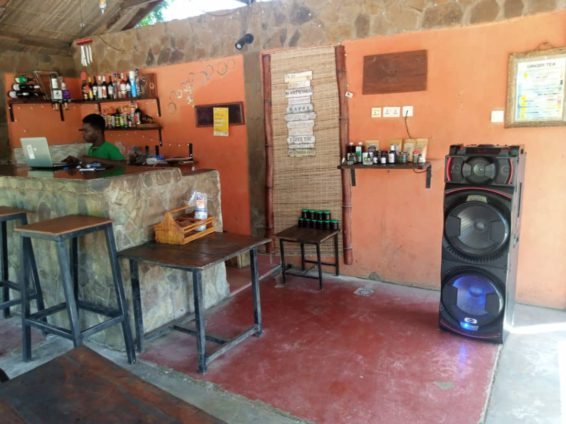 Hospitality players in the Savannah region have been counting their losses following last night’s sudden power outage which plunged the Region into darkness.

Many Guest Houses and drinking spots across the region were temporarily shut as a result.

Those without standby generators decided to reduce the charge per room for the night but their clients would not have any of that, as the environment (rooms) was hot and dark.

Some of the operators who shared their experiences with JoyNews‘ Isaac Nongya, said they had to cough up additional funds to make those who stayed comfortable.

“Initially, we thought it (lights) was going to be for a short while and return but I, later on, realised that it was keeping long and meanwhile, I received fresh meat and kept it in the fridge and this morning, everything has gone bad and it’s even over there.

“As for the Guest House, well, we had to explain to our Guests that we have Solar lamps for vision and even went ahead to reduce the cost per room yet, some walked out and others too came but once there wasn’t a standby generator, they also walked away. So, the night was full of losses,” Seth Morgan, Manager of Virgin spot bemoaned.

At Eco Club, the Manageress of the facility, Susan Acheampong Yelborah said the outage left them confused as, “customers had already settled and were refreshing themselves and suddenly, lights off. But with our standby generator, we rushed to town for diesel and put the lights back so that we can still maintain our customers and they were happy” she said.

“As you can see, the power is not yet back and this morning, we had to do a top-up of fuel just to keep the place running because we have a lot of foodstuff in there – meat – and we need to keep them fresh as usual and this has affected our pockets somehow. Because, when the lights are on, we don’t spend that much.”

Lydia Mantan, a nursing mother said, “before the lights went off, my child was sleeping but after they took it off, he woke up and couldn’t sleep again.

“So, I had to bring him outside and there too, because of the mosquito bites, we couldn’t stay, so we had to manage him inside. But he woke up again till today”, she stated.

“Before the lights went off, I was at work. And just imagine, because the route from my workplace to the house was dark and it was very scary, but I managed to come home”, she said.

Severa Gandaa said when she got home, it was like, “my fridge and TV set would spoil”, because she did not have a stabiliser to support the television and Fridge.

“Even due to the heat and as a lady, I was afraid to sleep outside but to open the curtains of the room and passed the night in there.”

Meanwhile, as at the time JoyNews was filing this report, power has been restored in certain parts of the Region including the capital, Damongo.