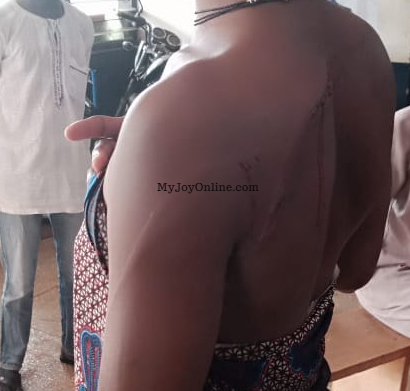 Police in Savelugu in the Northern Region is holding a 43-year-old suspect for attempted rape and assault.

The police say the victim, Zarawu Haruna, who hails from Savelugu-Wanzam Fong, reported at their station with multiple worms and blood oozing from her back and other parts of her body.

They said the victim, accompanied by her father, Haruna Awudu, narrated that she was about to take her bath when her father’s younger brother called her into his room.

The suspect, Tanko Ibrahim Awudu, was said to have tried to rape her by first trying to strip the victim of the cloth she had around her.

He said this started a struggle between the two.

The Police source also noted that the suspect tried pushing the victim down to have sexual intercourse with her, but she managed to run out of his room.

However, Tanko pursued the victim with an electrical cable into her grandmother’s room and subjected her to severe beatings and hurting her in the process.

The victim has since been issued with a police medical form to seek medical care while the suspect Tanko Ibrahim Awudu has been arrested and detained to assist in the investigation.