Schandorf’s Tales: The graduate who found a job after 12 years 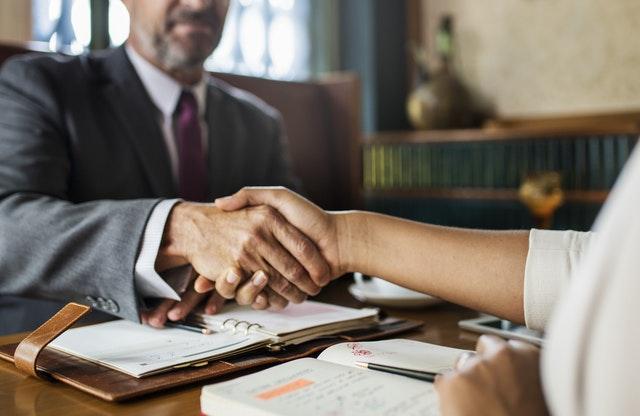 Linda graduated from the University on top of her class.

This triggered tons of congratulatory messages from all quarters. Her siblings were delighted in her achievement and her mother couldn’t conceal her joy.

Some of her church members who graced her graduation ceremony also expressed their excitement over the feat she had chalked. In all, it was an endless celebration for Linda; having come out with flying colours.

As a result of her distinguished performance, she was also offered a scholarship by her department to further her studies abroad.

The United States was her destination, and two weeks after her graduation ceremony, she settled in California for her masters degree.

At the time she was leaving home, her mother was making plans to expand her shed where she sold roasted plantain and groundnut.

She had been using the proceeds from this business to fund the education of Linda and her two other siblings, following the untimely demise of their father.

She hoped that, Linda’s travel to the United States to further her studies was going to be the end to the family’s struggles. Unfortunately, that did not turn out to be the case.

Two years after Linda returned to Ghana, she could not find a job. Despite her sterling academic records and stellar work ethics, no decent employment came her way.

The offers which dropped on her table, were either too meagre or had other complications.

One of such complications which repeatedly occurred in her search for a job was the request from her employers to have their way with her.

An instance was when she attended an interview at a well-placed multinational corporation. At that interview, Linda emerged as the most qualified of all the candidates who had applied for the job.

The panel was particularly impressed with her delivery, and her responses to their questions awed them.

Subsequently, she was assured of a call up. She returned home in fervent anticipation, awaiting that momentous call.

The call finally came through and charging with happiness, she arrived at the venue for a meeting with a man who was supposed to be her supervisor.

The purpose of the meeting was for the said supervisor to orient her on the job roles and other salient requirements regarding her work.

Unfortunately, what was supposed to be a professional conversation ended up as another lustful advance from a married supervisor.

Unable to entertain the discussions, Linda walked out of the meeting, and that was how she missed out on that bright opportunity. As a lady, she was vehemently opposed to all sorts of compromises and lewd suggestions pitched to her.

Even though some of her colleagues impressed upon her to ‘use what she had to get what she wanted’, Linda would simply not budge.

But did Linda have anything at all? Yes she did! Her beauty was simply a wonder to behold. Everything about her looks was pleasant and this drew many men into her space.

But the more they inched closer, the more she shooed them and shied away from their company. The cycle continued for a long time, until finally, Linda decided to join her mother’s trade.

With the little money she had made from her savings, she helped her mother to extend her shed, as she had earlier planned and began roasting plantain as well.

A lot of people mocked at her enterprise. They could not understand why a girl of her academic stature would be ‘reduced’ to roasting plantain by the road side.

For many, that was an indication of a certain bad luck which had plagued her fortunes. But the more her critics ridiculed her, the more she remained resolute and committed to her occupation.

Even though her mother also felt disappointed from the outset, she finally embraced her daughter’s fate and gave her all the support she needed.

The business of roasting plantain became the mainstay of both mother and daughter for twelve consecutive years.

During this period, many of her colleagues wrote her off, and others completely severed ties with her on the back of her perceived failures. They saw her setbacks as contagious, and as such they shunned her company.

Now, even though Linda was not perturbed by the consistent foul commentaries she heard about herself, there were times she broke into tears and questioned the reason for her predicaments.

This was a girl who apart from her academic brilliance, was also a staunch Christian who was very committed in her local assembly. She attended church meetings religiously, and was a reliable asset in all the activities of her fellowship.

Under normal circumstances, such a devout fellow, should have the best of life. Ironically, Linda continued to stay with her mother under a weak and dilapidated structure in the township; sustaining a life from the little proceeds they made from their plantain roasting business.

Their ordeal lasted for twelve years, until finally Linda’s hour of breakthrough came.

One day, while at post, she noticed a job advertisement in one of the papers she used in wrapping the plantain for her customers.

Due to her past experiences, she was hesitant about applying for the job. But her instincts impressed upon her to give it a try. And alas! The rest was history.

Linda’s fortunes changed drastically; and her life took a dramatic turn. Think of it as a pauper suddenly coming to settle in a presidential villa as the Chief of Staff.

Her toils were finally over, and her critics became spellbound. Those who ridiculed her for not being able to find a partner were also shocked at the pomp and pageantry that marked Linda’s wedding.

Her patience and perseverance finally paid off after years of innuendoes, ridicule and mockery.

Suffice to say, there are many people who are going through similar situations like Linda or experiencing far worse predicaments.

What such individuals must recognise is that, there is always light at the end of the tunnel.

And so dear reader, do not be dismayed by your current circumstances or how rough life has become. One day, everything will just be fine.

On that note, I wish you a happy new month, and until we meet again on Schandorf’s Tales next week, keep your hopes alive! Ciao!

The author of this piece is a writer, a broadcaster and a corporate emcee by name Paa Kwesi Schandorf. Currently, he is with the Multimedia Group and also a nominee for the 2022 BBC World News Komla Dumor Award. You may reach him on 0273141821 or derrick.ayirebi-acquah@myjoyonline.com.

DISCLAIMER: The Views, Comments, Opinions, Contributions and Statements made by Readers and Contributors on this platform do not necessarily represent the views or policy of Multimedia Group Limited.
Tags:
Ghana
graduate unemployment
Paa Kwesi Schandorf
Schandorf Tales
Unemployment