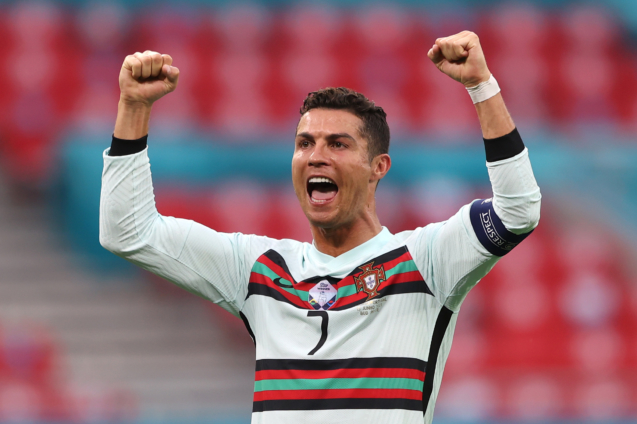 Social media has been flooded with several comments from users responding to Juventus forward, Christiano Ronaldo’s move to his former club, Manchester United.

This is after Manchester United confirmed they have reached an agreement to re-sign Cristiano Ronaldo from Juventus.

All across the world, users on Twitter said his decision to head back home is commendable. Many are looking forward to seeing how the team will fare after the former number 7 jersey holder’s return.

He has also earned the title “Greatest Of All Times” (GOAT) due to his many successes.

This news comes barely a month after Lionel Messi bid farewell to Barcelona and moved to PSG.

Here are some comments:

Nah we actually signed Cristiano Ronaldo, I’ve haven’t been this happy since 2013 😫

What a difference 24 hours makes eh!?!?! I went to bed depressed last night & now I feel on cloud 9!!! My better half keeps laughing at my transformation in mood! 🤣🤣 I didn’t realise quite how attached I still feel to @Cristiano until the last few days… Sweet dreams Reds. 🔴❤️

I like Messi but Man Utd is our club ( boyfriend and I ) so I’m left with no choice than to stan Ronaldo, hard ❤️

Welcome to Manchester United Ronaldo. Now watch us win everything including Ghana’s most beautiful, di asa BBnaija etc. The 🐐 is baaaaack 😭😭😭❤️

We will win everything including the Ghana Premier League!

Debate on who ll be taking penalty in @ManUtd, Bruno or Ronaldo?? 😂😂😂

Its currently 11:19pm and im still running around butt naked in my house singing Viva Ronaldo at the top of my lungs👍