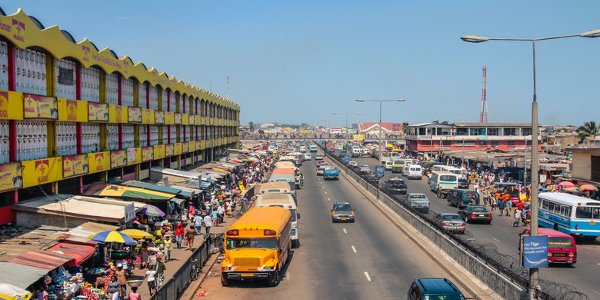 The Director of Planning and Programmes at the National Road Safety Authority (NRSA), has revealed that public transport vehicles will soon have speed limiters installed in them to help control speeding on the road.

“Stay Alive this time round is not coming with ‘talk talk’; it’s coming with action. On the ground, some of the new things you’re going to see are the speed limiter project we are talking about,” he said.

Observations by the Authority indicate that a chunk of road crashes are caused by a lack of knowledge, especially by commercial drivers, about the laws governing road usage in Ghana.

Last month alone, at least 200 people died in motor accidents, but speaking on JoyNews’ AM Show, David Osafo Adonteng, said he is confident the story will soon change.

“I can assure you that the narrative will change. From October, I said we will be launching a new perspective of road safety management; Stay Alive,” he said on Monday.

“Just last week, we had a meeting with the Driver and Vehicle Licensing Authority (DVLA), and we have agreed on the modalities and procedures for us to implement,” he added.

According to him, some organisations, including the State Transport Company (STC), have already started using the speed limiter in their vehicles with positive feedback.

“If you go to intercity STC, we have already mounted these speed limiters and its operating. In fact, it is one of the reasons why we tell good stories about STC currently. They are using it, and a few transport operators have started using, and it’s working perfectly,” he noted.

Beyond that, he said: “the element or component of enforcement is so crucial in this very time where people have heard, they have seen, they have listened, now it’s a matter of how to compel them to do the right thing.”

Mr Osafo Adonteng also noted that the Police were able to apprehend about 400 road traffic offenders using cameras; hence it can be adopted for prosecution.

“The Police have already demonstrated beyond all doubts that cameras can do the trick; I told you just in few weeks we have rounded about 400 of them,” he told host Israel Laryea.

The Director further indicated that culprits, under the new initiative, will not only be arrested but processed for prosecution or payment.

He added that the MTTD will no longer be on the streets to take spot fines but in a control room to do the monitoring, “it will be between you and the pay point at the bank.”

“They [the police] will be elsewhere in their control room like where we sit, and the screens are showing everywhere on the highways, in the cities and towns, identifying, detecting and then making follow-ups.

“You will just receive your offence right on the phone by text message, WhatsApp, and what have you and then you are told where you flouted the law, when and how and the law that you flouted and how much you are to go and pay so that you go and redeem yourself,” he further stated.

He, therefore, cautioned drivers against any malpractice, stating that offenders who are caught three times will have their licenses revoked.

“Do one mistake, you pay, do another, you pay, a third, you pay, and the fourth time, we will then take you through another process, but worse off it is your license will be revoked, and you will go and start all over again.

“But make a mistake that you don’t pay, it will build up, [even after] 10 years, you will go and pay huge sums of money just like it’s done in Europe,” he warned.