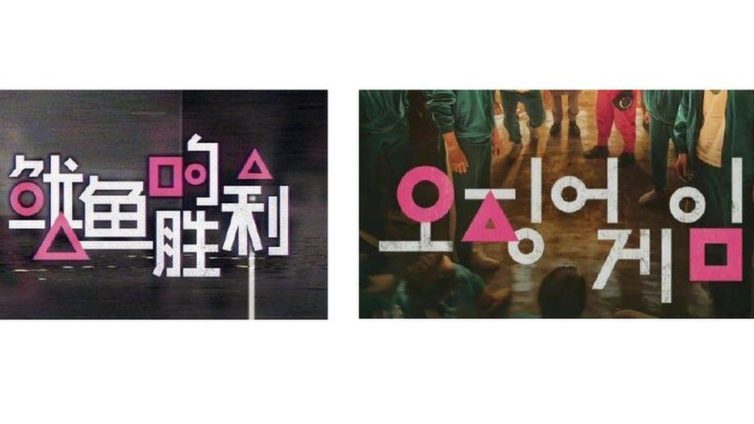 Like Squid Game, the show will see contestants compete in “large-scale kids’ games”. Even its posters are very similar to that of the Korean hit.

Netizens slammed the “shameless” platform for not being more original.

In response, Youku has apologised and said that it was just a “draft” poster.

“Due to a work error, the first draft of the new Game’s Victory show – which was shot down before – was mistakenly used in promotional activities at a trade fair,” the streaming company wrote on the Twitter-like platform Weibo, alongside a markedly different poster for a show now titled Game’s Victory.

However, social media users were not convinced.

“It sounds like such a lame cover-up. Obviously, they had tried to rip off Squid Game because of how popular it is,” one Weibo user wrote.

Others said that they were “fed up” with how much Chinese producers plagiarised Korean content. Popular rap music competition show The Rap Of China, for example, has been criticised before for being a copy of South Korea’s Show Me The Money.

“Why can’t our producers come up with our own ideas? This is so embarrassing,” a comment read.

Squid Game, the global hit show centred on deadly children’s games, has become hugely popular in China even though it is not officially released there.

Netflix is not available in China and many people have been watching the show on illegal streaming sites or by downloading torrents.

Youku, which has an estimated subscriber base of between 90 and 100 million, is one of China’s most popular streaming platforms.

China and Korea have had a number of cultural spats in recent years.

Last year, for example, China was accused of “stealing Korean culture” when it claimed that it led the kimchi industry .

The controversy stemmed from a language issue – while kimchi is often served in China under the name pao cai.