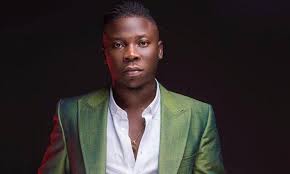 Dancehall maestro Stonebwoy, real name Livingston Etse Setakla, has flatly denied reports making rounds that he brandished a weapon in a supposed altercation at a rehearsal on Monday.

The rehearsal was for the Black Is Love Concert, an upcoming virtual show owned and headlined by fellow superstar Sarkodie.

“Yes, there was some push back over a no incident, really. But people were just manufacturing their own accounts which were nowhere near the truth. The truth as we all know is one. And I am telling you the truth. No gun, no knife. Much of what’s being reported is not true.”

The African Dancehall kingpin says Sarkodie and his team are like brothers to him however he regrets an unfortunate spat that happened between himself and his friends.

“You know, the teeth and the tongue are brothers but sometimes they do not agree with each other,” he says.

“I genuinely want to apologize to my brother Sark and Angel for all the negative stories that came from our disagreement. I believe Black is Love will be a great concert and that is what must occupy everybody’s mind. Sark is doing his thing so beautifully and we support that,” said the Putuu hitmaker.

Stonebwoy meanwhile is preparing to launch the video of his trending hit, Putuu, which is breaking the internet.

“I was only having fun in the studio but the response has been ‘awemazing.’ The video is coming out and I am so proud of the work that went into it,” he said.

“It is ready to smash everywhere. I will tell you a little secret. Nothing gives me more joy than to see my two-year-old daughter break into a song and try some moves. I feel like this song is about making people chill and relax. I pray the video increases the joy in your homes and the entire country,” Stonebwoy concluded.