Tackling drug problems in Ghana: Is decriminalisation the only option? - MyJoyOnline.com

Tackling drug problems in Ghana: Is decriminalisation the only option? 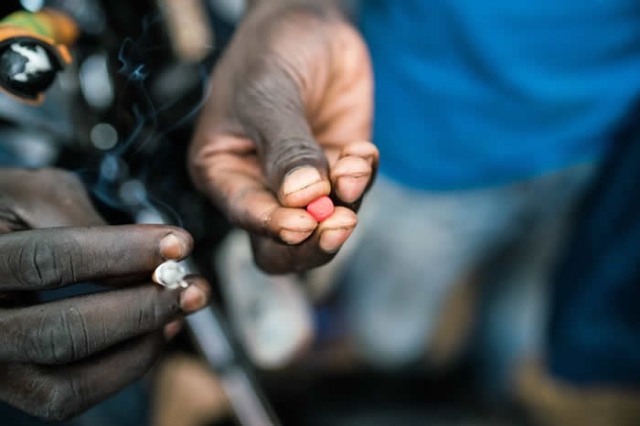 Over the years, there has been a lot of controversy over the issue of illicit drug use and its implications in Ghana. Even though the government has enacted punitive laws to curb illicit drug consumption, illegal psychoactive drugs use is still prevalent. The African Cannabis report 2019 shows that averagely, over 3.8 million people in Ghana consume cannabis. This implies that the time to amend our drug laws is now since the punitive approach has failed us.

The current Narcotic Drugs Law 1990, (PNDCL 236) generally touches on cultivation, production, trade, and consumption of narcotic drugs. It is based on these laws that the country is attempting to solve drug issues.

However, there is no doubt that illicit drug use is still growing rampantly in Ghana. For instance, the African Cannabis Report 2019 indicated that Ghana still remains one of the highest consumers of cannabis in Africa and ranks third in the world. Also, the United Nations Office on Drugs and Crime (UNODC) global findings revealed that 22% of Ghanaian citizens aged between 15 and 64 are heavily involved in smoking cannabis; the majority of which are school children.

This shows that the PNDC Law 236 which has been in existence for 29 years has not succeeded in alleviating illicit drug use and drug trafficking. Why then should we stick to the same laws which have failed to address this problem?

In my opinion, tackling illicit drug use is not about incarcerating drug users but adopting an approach that focuses on public health.  Dependent drug users are people who need help! They are people suffering from addiction. Being a drug addict doesn’t change your identity as a human being with rights.

A report from the Ghana Narcotic Control Board in June 2015 stated that there are over 11,000 people incarcerated for illicit drug-related offenses, and 8,600 are on remand for drug use offenses waiting for trial. Come to think of this, why do we have to keep thousands of people in prisons to be fed with taxpayers’ money because they were caught using an illicit drug and are suffering from addiction? Well, your guess is as good as mine taking into consideration how crowded Ghana’s prison is, with limited facilities and poor health systems.

The criminalization of drug use and the limited availability of recognized and functioning treatment centers for dependent psychoactive drug users is a precursor to the drug problems in Ghana. The non-existence of such facilities, coupled with the social stigma of being a “drug addict,” makes the situation worse. However, it is never too late for Ghana to address this problem.

Marijuana debate: Is it a case of legalisation or decriminalisation?

This is possible if existing drug laws are amended to focus on human rights and the public health perspective. Decriminalization does not mean having a free illegal drugs market. Instead, it means lessening criminal punishment by focusing on non-custodial sentences such as fines, community work, diversion to treatment, and harm reduction. It also entails adopting strict measures in regulating the drug market, such as licensing of manufactures, imports, and exports; inspecting and surveillance of manufacturers and dispensers of medicine exports; and controlling and monitoring the quality and efficacy of medicines on the market.

On July 18, 2019, the West African Drug Policy Consortium, POS Foundation Ghana, and Crime Check Foundation held a lecture on the need for a drug policy reform in Ghana. The time has come for Ghana to strive for more health-oriented drug policy.

This is a clarion call to all Ghanaians to “support, don’t punish” global campaign for drug policy based on health and human rights. Decriminalizing drug use will not only be beneficial for drug users; it will also release the burden on the criminal justice system while making good use of taxpayers’ money.

You may not agree with my opinion but the question I am asking is: would you send your child to prison or for treatment when you see him using an illicit drug? Think about this well because a drug user can be anyone’s child or relative.