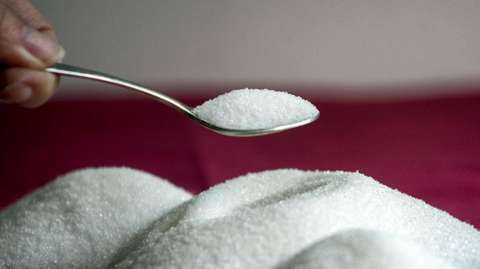 Tanzania has run short of sugar over the last three weeks causing frustration among traders and consumers.

Most shops have not stocked the commodity – and those selling it are charging nearly double the normal price.

The government attributes the shortage to the coronavirus pandemic, which it says disrupted importation schedules.

But it also blames some business people for hoarding sugar to create a false scarcity so that they can sell it at a higher price.

The price of a kilogramme for domestic consumption was set at 2,700 Tanzanian shillings ($1.17; £0.94), but traders said it was unprofitable.

On Monday, around 1,500 tonnes of sugar arrived at the port of Dar es Salaam.

The director of the Tanzania Sugar Board, Kenneth Bengesi, said the consignment would soon start to be distributed across the country.

Tanzania consumes 590,000 tonnes of sugar annually for both domestic and industrial consumption, according to data from 2016. But the country produces an average of 300,000 tonnes every year.

Sugar shortages are not rare in the East African country.

Poor rains and price disagreements between the government and traders have in the past caused scarcity and sharp increases in prices.

DISCLAIMER: The Views, Comments, Opinions, Contributions and Statements made by Readers and Contributors on this platform do not necessarily represent the views or policy of Multimedia Group Limited.
Tags:
Coronavirus in Africa
Tanzania