The married couple behind the successful Pfizer Covid-19 vaccine 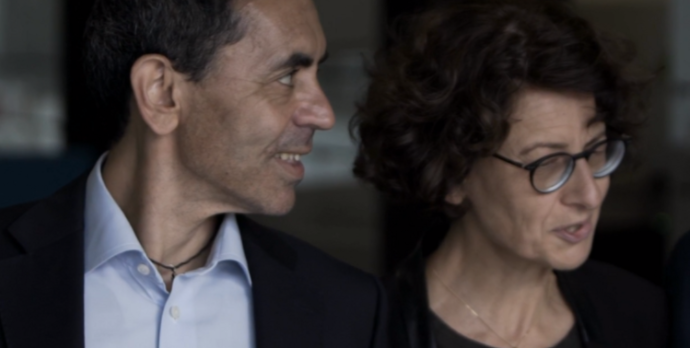 News that a Pfizer vaccine is 90% effective against COVID-19 has been heralded as a turning point in the global fight against the virus.

But while the vaccine has been bankrolled by the American pharmaceutical giant, the science itself is the work of BioNTech, a German company founded by married couple and dedicated physicians Ugur Sahin and Ozlem Tureci.

Together, they are being hailed as the brains that allowed the potentially transformative coronavirus vaccine to come about.

Scientists and entrepreneurs Professor Sahin, 55, and Dr Tureci, 53, are now among the 100 richest Germans, with the value of their company BioNTech soaring to $21bn (£16bn) in the wake of the vaccine breakthrough.

But, as children of immigrants, they came from humbler beginnings.

Chief executive officer of BioNTech, Mr Sahin was born in the Turkish city of Iskenderun, moving to West Germany at four years old. His father was a gastarbeiter, a migrant worker at a Ford factory in Cologne.

Dr Tureci, who is the company’s chief medical officer, was born in Germany and is the daughter of a Turkish physician who migrated to the country from Istanbul.

Mr Sahin trained as a doctor, studying in Cologne and Hamburg but turned his focus to researching immunotherapy. He met Dr Tureci early in his academic career.

Dr Tureci once said in an interview that even on the day of their wedding, they both made time for lab work.

The pair had a passion for research and oncology which they took forward into their first company Ganymed Pharmaceuticals which they set up in 2001.

The company set out to research the possibility of using modified genetic code, or Messenger RNA (mRNA), to trick the body into fighting cancer and develop cancer-fighting antibodies.

COVID vaccine tracker: Who will win the race?

They sold this business in 2016 for $1.4b (£1bn). By then, they were already busy building BioNTech, founded in 2008, to pursue a much broader range of cancer immunotherapy tools.

The couple’s work on the potential of mRNA proved to be vital in the development of the COVID-19 vaccine.

Is this the vaccine the world is waiting for?

In January, Professor Sahin came across a scientific paper on a new coronavirus outbreak in the Chinese city of Wuhan.

It struck him how small the step was from anti-cancer mRNA drugs to mRNA-based viral vaccines.

Now trials have shown the vaccine, which uses mRNA genetic material to prompt the body to produce antibodies, is 90% effective.