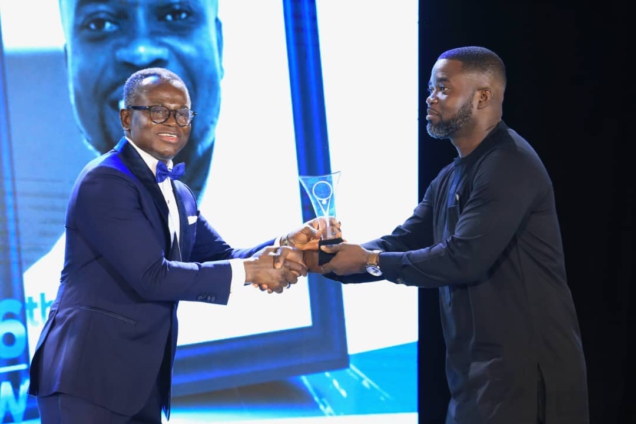 Out of a total of 8 nominations that the company received, seven came home through the hard work and diligence of both management and staff.

While Best TV Programme in English went to Newsfile, which is aired on both JoyNews and JoyFM, Emmanuel Koranteng from the newsroom was awarded the Komla Dumor Most Promising Journalist of the Year.

For the Business and Economics category, Daryl Kwawu with the JoyNews Business Unit took home an award for his story – The unemployment challenge.

This was followed by another prestigious award going to Solomon Joojo Cobbinah for his documentary – Searching for the witch hunters.

Again, Richard Kwadwo Nyarko took away an award in the Agriculture category whiles Francisca Enchill (Joy Prime/ Freelance) was recognised for her investigative piece, Pay or die: Agony of pregnant women in hospitals.

Madam Francisca was also named the Best Female Journalist for the Year.

This honour comes less than two weeks after the organisers of the 33rd CIMG Annual Marketing Performance Awards recognised Multimedia Group for its contribution to the industry.

Erastus Asare Donkor of the Kumasi unit of The Multimedia Group was honoured for the documentary that highlighted the devastating effects of the ‘galamsey’ menace- ‘Destruction for Gold’.

The Group was also adjudged the ‘Media Organisation of the Year’, while its online platform, Myjoyonline, was awarded the ‘Online portal of the Year’.

Also, Drivetime on Joy FM won the ‘Radio Programme of the Year.’

The awards ceremony was held under the theme, “Creative Marketing and Innovation in a volatile global economy.” It was also in respect of the year 2021.

Find more pictures from the GJA Awards night below:

DISCLAIMER: The Views, Comments, Opinions, Contributions and Statements made by Readers and Contributors on this platform do not necessarily represent the views or policy of Multimedia Group Limited.
Tags:
GJA 2021
Multimedia Group