There is enough consensus to hold MMDCE elections – Kofi Bentil 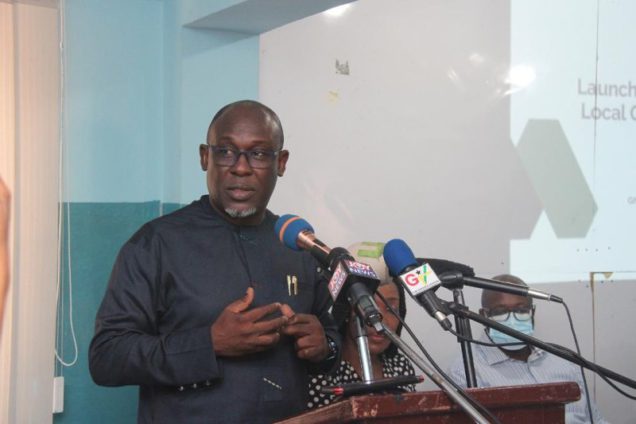 Senior Vice President of IMANI-Africa, Mr Kofi Bentil, has described as erroneous assertions that plans to elect Metropolitan, Municipal and District Chief Executives (MMDCEs) were truncated due to the lack of consensus among stakeholders.

He said there was enough consensus at both political and citizen level to have MMDCEs elected into office by the people.

Mr Bentil said the only reason the exercise failed to take off was the lack of agreement on whether the elections should proceed on partisan line or not from the two leading political parties, the New Patriotic Party (NPP) and National Democratic Congress (NDC).

He said this at the launch of a Civil Society Organisations Coalition for Local Government Reforms in Ghana, in Accra, on Monday.

The Coalition is to, among other things, undertake interventions to reset the agenda for the election of MMDCEs and advocate comprehensive local government reforms and bridge the gap in consensus cited in 2019 as the primary impediment preventing the realisation of the goals.

The Coalition is made up of 38 members, including 29 CSOs and nine private individuals.

It would be managed by a 15-member steering committee made up of 11 organisations and four private individuals.

The NPP government, between 2018 and 2019, pursued the amendment of Article 55(3) to enable multiparty participation in the districts and 243(1) for the election of MMDCEs, to reform the local governance system and devolve more power and resources to the local communities.

However, the national referendum scheduled for December 17, 2019, was truncated for lack of adequate public knowledge and broad-based consensus on the reforms.

Since then, both the NPP government and the opposition NDC have restated their commitment to reset and pursue local government reforms.

Mr Bentil explained that having the election should be the priority for all as that was key in bringing reforms at the local government level and ensuring development.

“The partisan-election bit is what I am saying is a foot note, which has been elevated to a keynote. It is not necessary for elections to be partisan for us to have local government elections, that is key and we have all agreed on that. The question is why do we have to insist that before we moved, we have to make it partisan? It is not necessary.” Mr Bentil said.

Currently, MMDCEs are appointed by the President with the approval of not less than two-thirds majority of members of the Assembly present and voting at the meeting.

Dr Kojo Pumpuni Asante, the Director of Policy and Advocacy at the CDD-Ghana, in a statement on behalf of the Coalition, called for a reflection and redesigning of the current situation after nearly 34 years of local government system, to achieve better results.

He said while the Coalition would seek to address issues of MMDCEs elections, it was, well aware that the election of MMCEs was not enough to bring the required changes at the local level, adding that it would also push for the formulation of suitable policies to ensure the viability and good governance at that level.