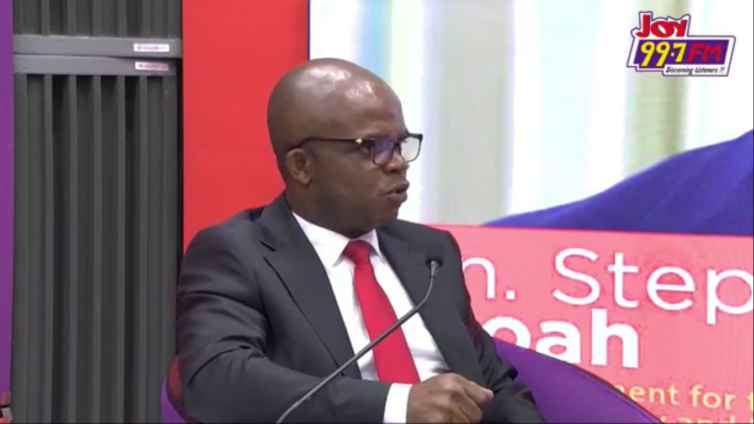 A member of the Finance Committee in Parliament, Stephen Amoah has refuted claims that the country has been mismanaged as never before, under Akufo-Addo’s administration.

However, speaking on Joy FM’s News Night on Monday, to set the record straight, he admitted that the country is currently experiencing hardship.

“Nobody disputes the fact that Ghana, just like any other country today, on the globe, is going through some sort of hardship and economic crises and I think we should look at other places if this is not true,” Dr. Stephen Amoah told Evans Mensah.

JoyNews/AdomNews · ‘It’s a fact there’s hardship; country has not been mismanaged as never before’ – Stephen Amoah

This was in reaction to former President Mahama’s accusation that the Akufo-Addo administration is superintending over general incompetence, corruption and waste of scarce resources, which has led to the poor state of the economy.

He also criticised the President’s management of pro-poor policies and the high unemployment rate among the youth.

According to Mr. Mahama, the current state of the economy is an issue that requires prudent measures by government.

“We have gathered for this launch at a time of great economic and social distress for the people of Ghana. The Akufo-Addo led government that came to power on the back of mouth watering promises to make life easier for Ghanaians and ensure rapid development of our country has so badly mismanaged the economy that we have been plunged into the most debilitating economic crises in about four decades,” he said at a ceremony to launch an app for TEIN members in Accra.

In response, the Nhyiaeso MP indicated that the former President’s comments are more of “politics than trying to analyse issues in the right context and offer better alternatives.”

Dr. Amoah added that if the critique came in the right context with better alternatives offered to solve the challenges, then government will can say that okay.

Dr. Amoah, reiterated that Ghana is not the only country going through some sort of hardship on the globe.

“For about 40 years now, US is experiencing the highest inflation rate. UK moved from one to four which is about 300 percent so we need to analyse all these things in the context that we are talking about then we can do proper trend analysis and do a comparative analysis,” he stated.

Meanwhile, the Finance Minister, Ken Ofori-Atta, is expected to address the nation this week to communicate key measures taken by the government amid the current challenges.

DISCLAIMER: The Views, Comments, Opinions, Contributions and Statements made by Readers and Contributors on this platform do not necessarily represent the views or policy of Multimedia Group Limited.
Tags:
Ghana'seconomy
Hardship
John Mahama
Stephen Amoah