Three reasons why Chelsea will win the Premier League this season - MyJoyOnline.com

Three reasons why Chelsea will win the Premier League this season 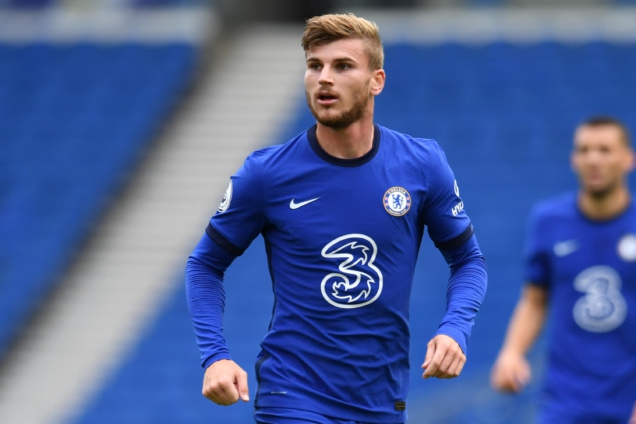 Before every season, the analysis that ushers in the new English season is based around the probability of the champions to defend their title and the transfer business of clubs and how quickly or well their players can adapt to the somehow gruesome nature of the League and positively affect their results.

‘The winners of the transfer window’, they have been described and as a result, Chelsea have been on the lips of most pundits prior to the season’s start.

As the London club plays their season opener on Monday, the analysts are still trying to assess how Chelsea’s new boys can help the club de-stool the current top two monarchs of English football and earn their right as English champions.

History on the blue side

If history is anything to go by, Chelsea is headed in the right direction for Premier League glory. The club’s season opener is against Brighton on Monday and the antecedent suggests, they love to start their seasons on a Monday.

Over their Premier League history, Chelsea have played their season openers on a Monday just twice and in both seasons they edged it out as champions. Perhaps, ‘edging it’ is a poor way of describing how majestically the club dominated and pushed every opponent aside en route to the title.

The 2014/15 season marked the return of Jose Mourinho to the blue side of London and as if it was a coincidence, Chelsea were dominant that season finishing on top of the League with 87 points with their closest rivals, Manchester City lagging behind on 79 points.

In the 2016/17 season, Antonio Conte was the mastermind as Chelsea rampaged to the title. They were the only team to finish the season with 90 plus points with their London rivals, Tottenham their closest competition making only 86.

As already stated earlier, Chelsea have been the kingpins of the transfer window and Premier League historians will be aware that anytime Chelsea make an attempt to push the boundaries of a transfer window, they always win the league title the season herein.

In the last 16 years of the Premier League, Chelsea have won the league five times, joint most with Manchester United and in those five seasons, Chelsea made a plethora of transfers with at least two key names.

In the 2004/05 season Chelsea won the League after making 13 transfers in the summer window, with Petr Cech, Didier Drogba, Paulo Ferreira and Arjen Robben as their big name signings.

In 2005 when they defended their title successfully, they made eight signings with Michael Essien, Hernan Crespo and Shawn Wright-Phillips as their core transfers.

In 2014, the club made about 15 transfers with the big names being Spaniards Cesc Fabregas and Diego Costa and in 2016 the club made close to 20 signings with the return of David Luiz and the signings of N’golo Kante, Marcos Alonso and Mitchy Batshuayi as their media breaking transfers.

With how the club has done its transfer business, they seem to be revisiting their past and many Chelsea fans have described this window as the best in the club’s history.

Desire and energy could be the difference

Also, Chelsea might just have luck on their side. The recent two monarchs of English football in Manchester City and Liverpool for different reasons might have just lost that desire or even motivation to extend their English dominance.

Whilst Liverpool might just not be so motivated to win the league because in the last 3 years, they have been the most successful and entertaining team in the world. An argument can be made for their performance against Leeds over the weekend but Leeds will not have been able to put three past the Liverpool team from last season.

For Manchester City, after winning the League title twice in the last four years, they have failed to impress in Europe and from last season’s failure, this year attentions will certainly remain on that elusive Champions League trophy..

So as the two dominant teams in England may not have the same inspiration as earlier seasons, Chelsea look the most prepared and the best placed team to take advantage of their insipid attitude.

History might not always be accurate but in football, history most often than not is a factor that lays the foundation, and this time it seems to be on Chelsea’s side.