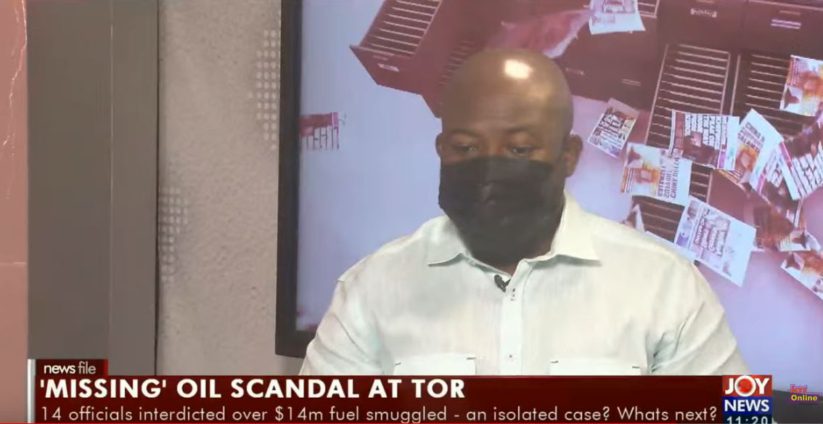 According to him, the phenomenon has become an albatross on the neck of the state-owned business, affecting its productivity.

“TOR has been the piggy bank for the most politically active people,” he told the host of Newsfile, Evans Mensah, on Saturday.

Over the past few years, TOR has been embroiled in debt, product diversion, and cases of petroleum products theft, among other misappropriations.

On October 5, the refinery’s Interim Management Committee said it had interdicted some staff for their involvement in the alleged theft of ¢10.4 million worth of cables.

Three other cases of product losses are also being probed as part of the audit, which includes the loss of Naphtha to a BDC client.

Speaking on Newsfile, the CBOD CEO said he was not surprised by the infractions uncovered at TOR; adding such actions creates a congenial atmosphere for selfish well-connected people to benefit from these leakages.

“All that happens is that they keep coming up with new mechanisms to pay off the debts, and that mechanism is taxing the people more…”

He believes there is has been no serious commitment towards finding a lasting solution to the problem.

“This IMC has done a great job. I’m pleased about the Minister’s drive on this particular matter,” he added on Saturday.

Senyo Hosi wants stakeholders to engage in an ‘honest contribution to safeguard the company’s fortunes.

Meanwhile, the Energy Ministry says it will prosecute TOR staff behind the disappearance of the thousands of litres of gas oil and electrical cables if they’re found culpable.