UG leaps over 300 steps to soar on world rankings - MyJoyOnline.com

UG leaps over 300 steps to soar on world rankings 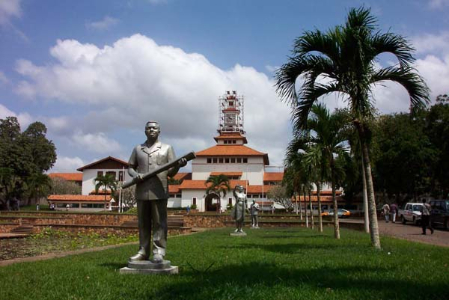 With the recent release of the Webometrics Ranking, University of Ghana is ranked 16th in Africa, placing it ahead of all universities in Ghana and in West Africa.

Besides two Universities in East Africa, Nairobi and Makerere, the leading Universities that made the top positions are mainly South African and from Egypt.

On the Webometrics world rankings, University of Ghana, since January 2018 has made a gigantic leap forward of more than 300 steps to move to the 1209th position.

There are various rankings used to assess institutions of higher learning, placing them in the categories of regional, continental and global levels.

The Webometrics Ranking of World Universities which is different from The Times Higher Education rankings, is a ranking system for the world’s universities based on a composite indicator that takes into account both the volume of the Web contents (number of web pages and files) and the visibility and impact of these web publications according to the number of external inlinks (site citations) they receive.

The aim of the Webometrics Ranking is to improve the presence of the academic and research institutions on the Web and to promote the open access publication of scientific results.

The Rankings started in 2004, is updated every January and July and provides Web indicators for more than 12,000 universities worldwide.

Since the University of Ghana was initially ranked 7th in Africa by The Times Higher Education (THE) World University Rankings, the University has continued to perform creditably on global Rankings.

Congratulations to all members of the University community who continue to put in so much to ensure University of Ghana sustains its image and premier position not only in Ghana and West Africa but maintaining a forceful presence globally.