UN envoy calls for investigation into electoral violence in Ghana 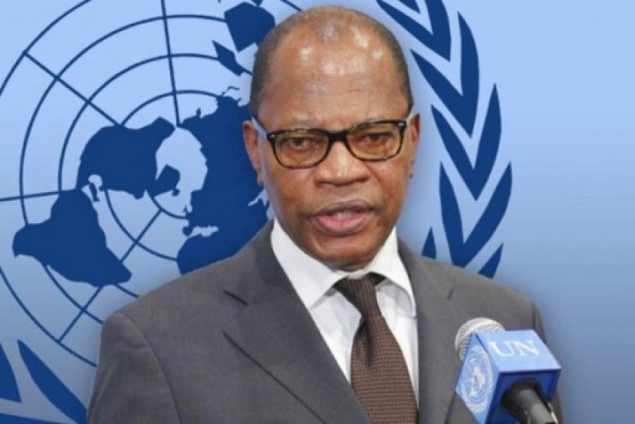 The United Nations (UN) has called on Ghanaian authorities to investigate incidents of electoral violence recorded during the December 7 polls.

The UN further charged the government to hold the perpetrators accountable in line with Ghana’s commitment to guaranteeing respect for human rights and the rule of law.

Dr Mohamed Ibn Chambas, the Special Representative of the United Nations Secretary-General and the Head of the UN Office for West Africa and the Sahel (UNOWAS), made the call in Accra.

He said regrettably, the post-voting period has been marked by isolated incidents of violence which had led to the loss of lives.

The Special Representative condemned the violence and expresses his condolences to the bereaved families.

Dr Chambas joined the various election observation missions in commending citizens for once again exhibiting their democratic credentials by turning out massively to vote during the December 7, General Election.

The UN Envoy in a statement, copied to the Ghana News Agency, said the peaceful and orderly conduct of voting despite challenges posed by the Covid-19 pandemic and concerns with political vigilantism was demonstrative of the commitment of political actors in the country.

It also demonstrated national institutions, civil society organisations and the public at large commitment to deepen democracy and to preserve peace and stability in Ghana.

The Special Representative called on the two main parties, the New Patriotic Party (NPP) and the National Democratic Congress (NDC), to uphold their commitment to respect the Peace Pact signed on December 4, in which they inter alia, committed to seek redress through constitutional and legal means for any electoral grievances.

The Special Representative further called on the judiciary to continue to play its key adjudicatory role by ensuring that cases brought before it was handled promptly with transparency and credibility so that its decisions fully reflect the will of the people.

He also appealed to all Ghanaians to continue to exercise restraint in line with their patriotic values and to preserve the reputation of Ghana as an example in delivering peaceful, credible, and transparent elections.

The Special Representative reiterated the commitment and support of the United Nations to the people of Ghana in their efforts to strengthen the nation’s democratic process and to achieve inclusive sustainable development.

DISCLAIMER: The Views, Comments, Opinions, Contributions and Statements made by Readers and Contributors on this platform do not necessarily represent the views or policy of Multimedia Group Limited.
Tags:
Electoral violence
Mohamed Ibn Chambas
United Nations