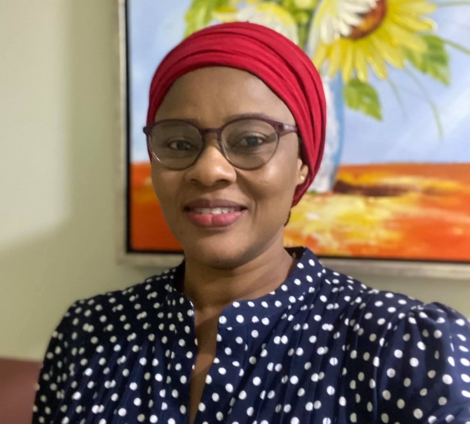 The Deputy Organizer of the New Patriotic Party (NPP) in the Bono Region, Safura Mohammed Suraj, has said it will take hard work and a united front for the party to secure a decisive win in 2024 general elections.

She said, “Much as the NPP stands a better chance of winning the 2024 elections, the Party needs to work hard to unite the entire family and address the grievances of the grassroots to secure a resounding victory”.

This was contained in her acceptance letter to the party after she was appointed the deputy regional organizer.

Safura Mohammed was recently named among seven others to serve in various capacities in the regional executives after a meeting of the elected executives, chaired by the regional chairman, Kwame Baffoe.

The first-ever woman to occupy the seat of deputy organizer in the region, in her letter, expressed her gratitude to the leadership of the party in the region for the honor done to her.

She further said she is confident she will do her best in executing the duties that the position, which she described as privileged and prestigious, requires her to do.

Safura Mohammed stated that, as a political party, they may have their challenges, but added that “there’s no denying the fact that the NPP remains Ghana’s hope, and we must work harder to break the 8, and subsequently build on the solid foundation laid by the Nana Akufo-Addo – Dr. Bawumia – led government”.

The NPP in the region has their work cut out ahead of the 2024 general elections. This is after they lost 5 out of their 11 seats to the National Democratic Party in the 2020 elections, resulting in 6 seats each for both parties. A situation the party said requires all hands on deck to reverse it.

Because of that, many party followers and neutrals believe the appointment of Safura Mohammed, the Patron of the Sunyani Technical University Tescon, is a critical addition who would competently support the regional Organizer, Evans Afari Gyan Yeboah, to achieve a greater good for the party.

STU Tescon joins the many groups and individuals who have wished her and the entire regional executives well and urged them to work and break the 8-year political cycle.

The New Deputy Bono Regional Organizer, Safura Mohammed Suraj, is a Chartered Management Consultant and the Senior Assistant Registrar at the Sunyani Technical University. She is married to Ransford Antwi, a Businessman in Sunyani, with whom she has three children.