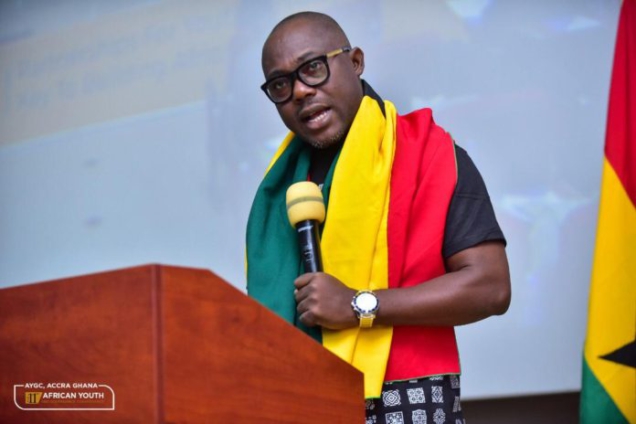 Professor Ransford Gyampo told JoyNews on Sunday that the planned industrial action reflects the Association’s anger over government’s failure to honour its promises to them.

According to him, UTAG is only interested in seeking the welfare of its members, stressing that the impending strike is devoid of any political underpinnings.

“…this has nothing to do with taking a position against government or being in bed with opposition. It has everything to do with articulating and projecting and fighting for better conditions of service for our members”, Prof Gyampo stated.

The senior lecturer further stated how appalled he is by government’s failure to fulfil its part of the bargain, following earlier engagements with the UTAG leadership.

He reiterated that lecturers will vacate the classroom until all their outstanding concerns are meaningfully addressed.

On Saturday, UTAG issued a statement announcing its decision to embark on industrial action from Monday, January 10, 2022.

According to the Association, the strike has been influenced by government’s inability to resolve the worsening working conditions of service for lecturers across the country.

UTAG explained that its concerns have not been given the needed attention for months, despite the agreed timelines in previous negotiations with government.

The General Secretary of the Union, Julius Kwame Anthony, told MyJoyOnline, “Our position is simple. UTAG has been on these demands since 2013, and other issues came up from 2019 till this point.

“And speaking of the immediate issues, when they went on strike last year, we responded by calling on them to return to the classrooms so that the academic calendar which had already been frustrated by Covid-19 and all that, those issues could be completed.

“They acted in good faith and heeded those calls and went back to negotiate with government. But, instead, we see a situation where the government has taken an entrenched stance on most of these things, which shouldn’t be the way to go.

“Because if UTAG agrees to call off the strike in the interim, why is it that up till now, the 2013 interim market premium, which had been frozen, even that had not been released, so that at least, the teachers could be working with that.

All those conditions have not been met, and we feel that there’s a lack of commitment on the side of government on solving those issues, and we feel that the only way forward is for us to back UTAG in making their demands, and when they get it, we all resume. We can’t continue the back and forth anymore”, Mr Anthony said.