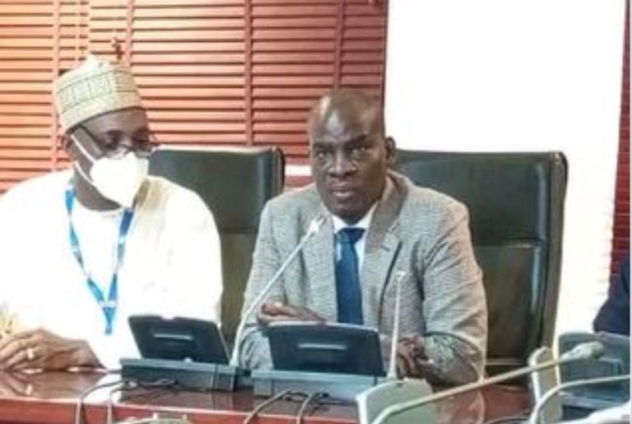 The National Democratic Congress Minority Caucus in Parliament wants the Electoral Commission (EC) and the National Identification Authority (NIA) to be summoned to brief the House on the planned registration of new voters using the Ghana Card.

Mr Haruna Iddrisu, the Minority Leader, said on the floor of Parliament that there was discrepancy in the numbers provided by the EC as registered voters up to 17 million and what the NIA has on its roll.

“And we hear that the Commission wants to rely on the National Identification Authority,…the cardinal question is, so, what has happened to the Electoral Commission’s own biometric data that today they are avoiding the use of their own biodata they’ve collected and they want to collect biodata from the National Identification Authority?” Mr Iddrisu quizzed.

“But we need a reconciliation of the numbers, because we are very convinced that Article 42 (of the Constitution) confers the right on Ghanaians to be registered as voters by the Electoral Commission”.

Article 42 says every citizen of Ghana of eighteen years of age or above and of sound mind has the right to vote and is entitled to be registered as a voter for the purposes of public elections and referenda.

The National Identification Authority was unlike the Electoral Commission, who by virtue of Article 46, “…shall not be subject to the direction or control of any person or authority,” Mr Iddrisu said.

He reiterated that the NIA was subject to ministerial control “and, therefore, we want the two bodies to come here – Electoral Commission and National Identification Authority – let’s see the discrepancy and variance in your numbers.”

“Because we will not, Mr Speaker, accept any attempt by the EC to disenfranchise any Ghanaian, because they want to rely on an ID card, which is not available to Ghanaians. We mean serious business on this matter.”

Mr Iddrisu said the Minority Caucus would safeguard the provisions of Article 42 of the Constitution and asked why in 2021 and 2022 Ghanaians who had attained 18 years had not been given the opportunity to be on the voter’s register.

Mr Ahmed Ibrahim, the Deputy Minority Whip,  first raised the matter on the floor of the House when commenting on the Business Statement for the week ending Friday, November 4.

He indicated that at the Business Committee meeting to consider the Business Statement it was agreed that the reports of the EC and NIA were supposed to have been scheduled for Thursday, November 3, but they were not captured.

He said the report of the Special Budget Committee on the activities of the EC and the new constitutional instrument that the Commission intended to bring were also conspicuously missing.

The reports were to be presented to the House, debated, and then officials of the EC and the NIA could be scheduled to appear to answer questions on them.

DISCLAIMER: The Views, Comments, Opinions, Contributions and Statements made by Readers and Contributors on this platform do not necessarily represent the views or policy of Multimedia Group Limited.
Tags:
EC
Haruna Iddrisu
NIA
Parliament
Voters register
Voters Registration Exercise