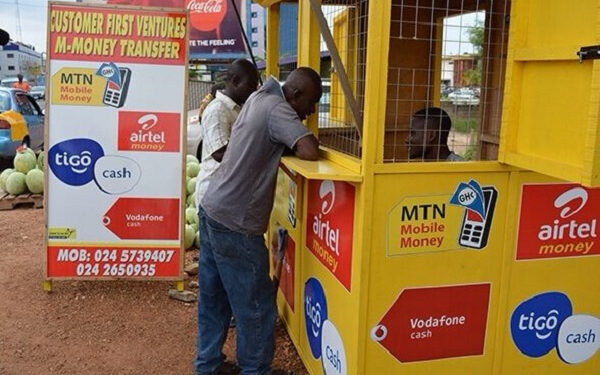 The Ghana Revenue Authority (GRA) says it is still on course with its modalities towards implementing the Electronic Transfer Law (E-Levy) on May, 1, 2022.

The Commissioner-General insists that despite legal suits against the move, the Authority is yet to receive any directive to hold on with the scheduled roll-out.

“If I am served and an injunction is put on us we will comply with what the injunction says. But as of now, I cannot say that we have stopped in terms of our tracks,” he said.

Minority Leader in Parliament, Haruna Idrissu, and two NDC MPs are urging the Supreme Court to restrain the Ghana Revenue Authority (GRA) from its planned implementation.

Together with Mahama Ayariga and Samuel Okudzeto Ablakwa, the MPs have sued the Attorney-General arguing that Parliament did not have the required number of at least half of its members present when the controversial tax policy was approved.

Before the case is determined by the Supreme Court the legislators want this interim measure in place.

But speaking on JoyNews, the GRA boss says no restraining order has come to his desk.

According to him, even though the GRA forms part is cited in the said process, it is the duty of the Attorney General to supervise legal proceedings within the government framework.

“Even though the [court] application does mention a restriction on the GRA to progress, it is the duty of the Attorney General

He insisted that it will therefore act on whichever advice is proffered by the AG with regards of how the future of the revenue mobilization measure.

“If I am advised by the Attorney General to any other thing, I will comply with the advice I receive,” he added.

Rev Dr Owusu-Amoah revealed that he is already seeking counsel from the Justice Ministry’s office but was hesitant to divulge any more information on the details of this consultation.

“I will want to leave the details of whatever conversation I am having. But definitely I as a CEO of the organization, if I hear of anything that affects us, I will have to make calls here and there to find out what is happening and to be able to be advised. So I will not be in the position to mentions specifically what I have done.

Meanwhile, lawyers for the Minority who filed the documents in court say a failure to restrain the GRA would create a situation of possible irreparable harm to taxpayers.