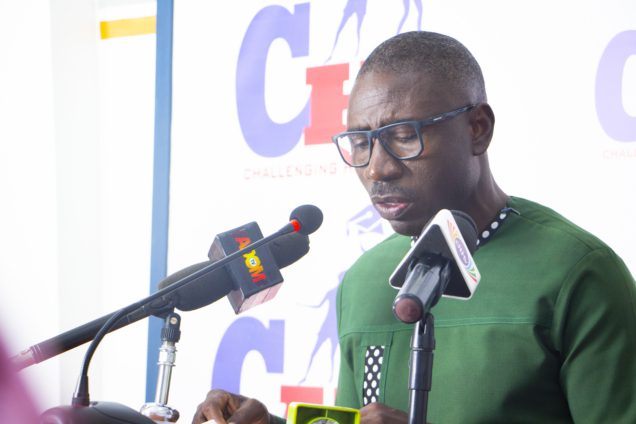 Challenging Heights says it rescued a total of 153 children from forced work, human trafficking, and domestic servitude in 2021.

This brings to over 1,700 the total number of children Challenging Heights has rescued from slavery in the fishing communities in Ghana since our establishment in 2003.

Its President, James Kofi Annan says he is “particularly worried that the global community might not achieve the 2030 targeted goal 8.7 of the Sustainable Development Goal on the elimination of child trafficking and modern slavery in all its forms.”

He was speaking at a press conference organized on Tuesday, January 18, 2022.

The organization also highlighted a number of challenges against the progress activists have made over the years.

The first issues was with Covid-19.

“The COVID 19 pandemic has eroded the gains made in the sector, and worsened the vulnerabilities of women and children, making it difficult to predict when communities could rebuild resilience against slavery.

“According to a joint ILO and UNICEF 2021 report, the number of children in child labor has risen to 160 million worldwide – an increase of 8.4 million children in the last four years – with millions more at risk due to the impacts of COVID-19 pandemic.”

This is the first time, in two decades, the global community has witnessed increase in the number of children affected by child labor.

“Our evidence show that the climate crisis presents a horrifying new threat to the freedoms of people who are already at risk of modern slavery. In a 2021 report we jointly conducted with Antislavery International, and the International Institute of Environment and Development, climate change was identified as a risk multiplier that makes people more vulnerable to exploitation.”

Challenging Heights also expressed worry over the disruptions in the education system occasioned by COVID 19, and its associated school closures, long vacation periods, and the uncertainties in the school re-opening for basic and secondary education system are fostering children’s vulnerabilities to trafficking.

“When children stay home for longer periods, they become exposed to trafficking easily. In some situations, poorer families are forced to allow their children to join their colleagues on the lake to “make money” to support the families and buy their school needs when schools eventually re-opens. Even worse for the girl child is the fact that, some get pregnant in the process, and dropping out of school.”

The group says the lack of access to medical care is further deepening the vulnerabilities of victims of trafficking and abuse was also seen as another situation militating against the organisation.

“This sometimes results in victims being forced to abandon the pursuit of justice, or are unable to address abuse-related medical issues, which eventually leads to severe physical and mental health conditions, and sometimes death.”

Challenging Heights says it shall, at the appropriate time, issue a comprehensive report on the impact of child trafficking on the health of its victims in Ghana.

“Unfortunately, younger children are becoming more vulnerable to slavery now, than it was previously. Challenging Heights has gathered evidence that shows that traffickers are losing their investments in older slavery victims, as a result of frequent escapes, refusal to work, and access to modern technology that blows their cover, and are therefore targeting younger children who are mainly invisible. “

“The evidence clearly demonstrates the need to intensify awareness to increase knowledge, especially among vulnerable populations, in order to decrease further vulnerabilities.”

As the Ghanaian government readies itself to draft a new National Plan of Action against Human Trafficking, Challenging Heights is calling for policy reflections on the newly identified risks such as COVID 19 pandemic, as well as the linkages between slavery and climate change.

“There is also the need for policy reforms within the national health insurance scheme, to address abuse-related illness. We are also advocating for the effective implementation of the domestic workers’ regulation (2012), and are urging local and district assemblies to enact by-laws to regulate the activities of child domestic workers, as child domestic work has been identified as a breeding ground for trafficking and exploitation of children.”

According to them, if government is able to address the above policy issues, alongside strengthening our school systems, then we will be able to solve the problem of child trafficking.