We’re happy, this is victory for rule of law – Nana B 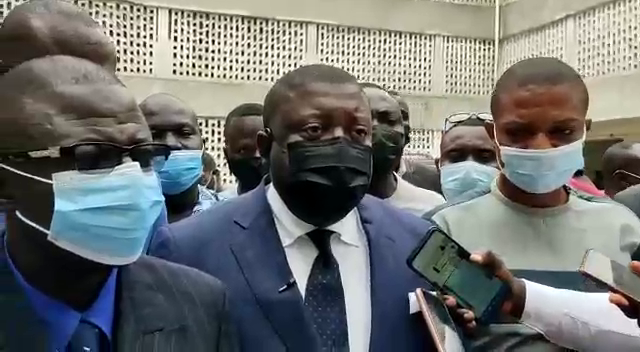 The National Youth Leader of the ruling New Patriotic Party (NPP) says they are satisfied with the Cape Coast High Court’s order for fresh election in Assin Central constituency of the Central Region.

In his interaction with the press after the proclamation on Wednesday, Henry Nana Boakye indicated that the judge, Justice Kwasi Boakye prioritised the rule of law and the country’s democracy by annulling the results of the 2020 Parliamentary polls of the said electoral area.

He stressed that the Assin North legislator, Joe Gyaakye Quayson, had not fully renounced his Canadian citizenship when filing for his nomination to contest as MP; Nana B stated that NDC parliamentarian flouted Article 94 (2) of the constitution.

Thus, the judge was right to declare the 2020 parliamentary election in the Assin North “illegal, void and of no effect.”

“Indeed, we [NPP] are happy because the over an hour delivered judgment [by the judge] was very elaborate, hinged, pivoted on authorities, on the laws of Ghana and at some material moments during its delivery, His Lordship made references to relevant international laws including the Canadian Citizenship Act.

“We are of the view that this is a victory for the rule of law, and again we will be waiting for the Electoral Commission’s announcement on when the said by-election will be conducted,” he stated.

The outspoken politician also refuted claims by the opposition National Democratic Congress (NDC) that the governing NPP wants to use technicalities to frustrate the sovereign rights of the people of Assin North.

He insisted, the “malicious” attempt of the NDC to render our rule of law ineffective in the country is not going to work.

“I said the last time that the same law that found Adamu Sakande as not eligible to be Member of Parliament of Bawku Central, it is the same law applicable as we speak. The laws have not changed.