What it really feels like to have an abortion - MyJoyOnline.com

What it really feels like to have an abortion 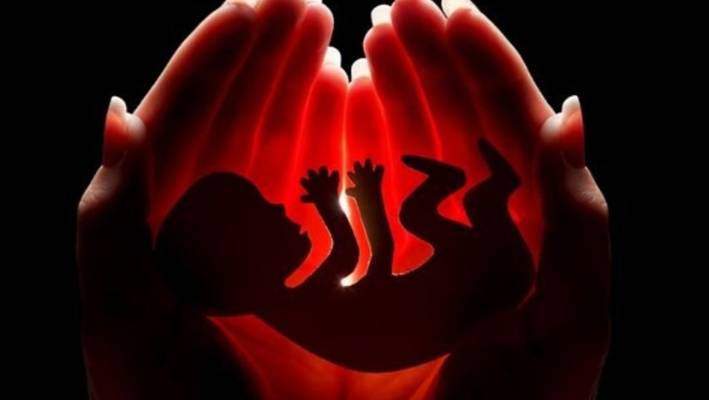 He said he would pull out. I don’t know why I believed him, or why I thought that would work.

I was 23 years old; I knew pulling out wasn’t a birth control method any more than signing up for a gym membership and never going.

This man had been a liar from the start, and he scared me. But I couldn’t bring myself to leave him. Or to say no to him, for that matter. He told me he was a grad student in history and philosophy.

He had long hair and quoted Nietzsche. He also tied me to his bed in the trailer where he lived, stole my paltry paychecks, and sold drugs for a “living,” if you could call it that.

So I wasn’t that surprised when the two lines turned pink.

“It’s positive,” I said to my best friend Elise, the girl who had once been my girlfriend, the first woman I had ever been with. I sobbed sloppily and kneeled on the cold, wood floor, my head in her lap.

“Oh, Jennifer,” my mother whispered, barely audible into the phone when I told her. She asked what I planned to do. When I told her I planned to have an abortion, her relief was palpable. “I don’t know how I’m going to…” I started to say. She interrupted me before I could even finish.

“I’ll send you a check today,” she said.

When I told the guy I was involved with, he seemed disappointed I didn’t want to have a baby.

We met when I was in central Illinois doing summer stock theater. I stayed with him for months on end. My house, my car, my friends, my things — all of that was back in Virginia.

My life. A life. That was what he wanted. He had no car. He rented that filthy trailer. I didn’t owe him a thing but I couldn’t seem to say goodbye.

I hadn’t told him my parents would pay — and he wasn’t offering. I should have known then. Still, I was blind to it. To him.

“I need to have an abortion,” I said into the receiver when the woman on the other end of the line asked how she could help me. I made an appointment and my best friend drove me. I had never been to Planned Parenthood before.

As we walked from the car to the front door, I felt being grateful that I had spent so much time marching and protesting to protect my right to have an abortion. I had never imagined needing to exercise that right.

As we turned the corner, the protesters’ screams hit me even before I saw them lining the walkway.

“Keep your head down and keep walking,” Elise said to me. “You know how to do this.”

I had worked so hard to stop sobbing and now I was awash with tears all over again. What was I doing? What had I done? What was I about to do? I kept my head down and kept my body moving forward.

“My body. My right,” I whispered to myself. “You don’t want a baby. You don’t even want him. Keep walking.”

“May I help you?” the woman at the front desk asked.

No judgment. No drama. I could have been anywhere. The dentist. The florist. Anywhere.

I sat down and paged through an ancient copy of Ms. Magazine. I couldn’t read a word. I was anxious and scared and ready to be home in bed. Elise held my hand. I was incredibly glad to have her at my side instead of the guy in question, who admitted he didn’t actually think he could stand waiting there with me.

“Jennifer?” a woman holding an old school clipboard said. I stood up, looked back at Elise, and somehow moved toward the woman with the clipboard.

“I’m Janice,” she said. “You’re going to be OK.” I started to cry softly again and she put her arm around my shoulder. “Are you having second thoughts? We can sit down and talk if you like.”

“No,” I said, the word jumping out of my mouth as if it couldn’t reach the air fast enough. “No. I want this. I have to have this. I just get really scared and nervous with medical stuff.”

“You’re in really good hands,” she said. She led me into a small room. Told me to get undressed and put on a gown, and then said she’d be right back. Sitting on the table with the gown on and a blanket on my lap, I couldn’t stop shivering. I wasn’t sure if it was the temperature or my nerves.

The door to the diminutive room opened and two women in white coats entered. They introduced themselves and then asked me a question.

“We have three female medical students at the clinic here to observe. Would it be OK if they were in the room during the procedure?”

And then the strangest thing happened. I stop shivering and I didn’t feel scared anymore. I suddenly felt like this moment, this incredibly difficult, scary moment had a purpose in the larger scheme.

I didn’t want to go through the experience of having an abortion. I didn’t want to get pregnant in the first place. But I was grateful for the option. An option I had fought hard for to protect all women (including myself), marching on Washington, protesting at the Virginia state capital, raising money, collecting signatures.

And now I had the chance to turn this unhappy experience into another piece of my own activism.

The two women left and five returned. They lined the length of the bed I was on. One offered to hold my hand as tears of relief and sadness slid down my face. I gripped her fingers tightly as the machine whirred and the dull pain began, and then before I could think much about it, it was over.

The doctor gave me some instructions, telling me what to expect. I didn’t remember any of it, honestly. I was grateful for the paperwork I was later given and would later pour over, explaining what to expect in the coming days, how to take care of myself, and what constituted enough of an issue to call them.

I was taken to the recovery room where a nurse gave me a juice box and crackers. A few moments later, the nurse seated a young girl next to me. Very young.

She was crying softly and when the nurse walked away, the careful crying gave way to sobbing. I reached my hand over to her armrest and she turned her head to look at me and then grasped my hand.

I’ll never know what happened to her. But it was hard not to imagine the worst considering how young she must have been. And again, I was filled with equal parts sadness and gratitude. Sad for what she was going through. Grateful for her to have this safe, gentle place to take care of her.

Finally, I was released from the recovery room. I squeezed the young girl’s hand and she smiled at me weakly, mouthing the words “Thank you.”

I waited outside for twenty minutes for my boyfriend. Late, of course. Even to pick me up from an abortion.

“Let’s get pizza,” was all he said when I slid into the passenger seat.

We did and we ate in silence. At that moment I was more shocked that I was dating a guy who would say nothing more than “Let’s get pizza” let alone think that going to get pizza at this moment was a good idea on any count.

I was on tour with a children’s theater company back then. We tweaked the script so I could exit the stage to change the pads I had to wear for a short time after. Each time I looked out at that sea of children’s faces, I was grateful for a safe, legal way to not create a child I wasn’t prepared to love and care for.

The guy and I broke up months later. Don’t ask how I could have lasted as long as I did. I still can’t explain that to myself. But the abortion? That has never been a problem for me to explain. And I share the experience with anyone who asks.

It was what I needed to do with and for my body and my life. I will always be grateful for that right, which must be an inalienable one and to Planned Parenthood for taking such incredible care of me.

I don’t wish abortion on anyone. But freedom to choose, I demand that for everyone.