Will the lockdown be extended? 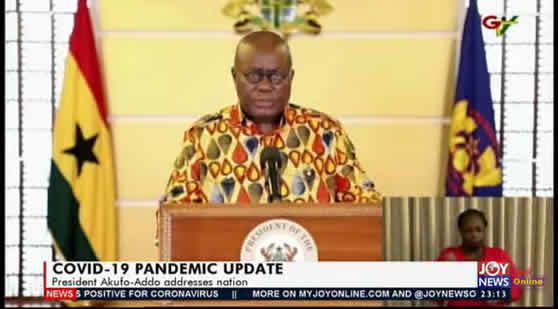 I decided to look into this after receiving close to one hundred queries on my social media handles and through phone calls from friends, family and social media contacts, many of whom believe, I should know what President Akufo-Addo’s next move will be regarding the restrictions in Greater Accra and Kumasi.

Honestly, I don’t know the answer. But I’ll try to analyse the information I have and hope that it takes us to the closest possible answer.

Let’s start with how we got into a lockdown.

In January 2020, Ghana and the rest of the world watched on as China implemented a brutal but effective lockdown of Wuhan, the source of the novel Coronavirus outbreak, in a bid to prevent the further spread of the disease. The entire Hubei Province (a hub of Chinese manufacturing and transportation) came to a standstill.

The world was stunned and experts were doubtful it will succeed. It was a gargantuan experiment which, epidemiologists warned, might not work despite its huge human and economic costs. Quarantine had never been tried on such a colossal scale in the modern world.

Wuhan alone has a population of 11 million and tens of millions more people in nearby cities were soon brought under lockdown as well, as the scale of the crisis became apparent. Questions about the policy lingered for weeks.

But nearly four months on, the Chinese government’s approach appears vindicated, with cases slowing significantly and life returning to normal.

So when Covid-19 started spreading from China to the rest of the world, China’s strategy of mass lockdowns came in handy. Italy, India, the UK, Nigeria, South Africa and many more countries are currently under some kind of restriction, hoping to achieve the same result China accomplished.

In Ghana, it appeared government was unwilling to take any bashing from citizens so delayed in implementing a lockdown until pressure from the country’s doctors, civil society groups and individuals was brought to bear.

Two days before President Akufo-Addo announced the restrictions, he had met with various interest groups, including the Trades Union Congress, ostensibly to get their understanding of the economic impact of the decision.

Government had admitted, the only way to stop the virus from spreading from person to person was to restrict the movement of people. Now halfway through, will government extend the restrictions?

I saw the sign of an extension yesterday when government, after impressively eliminating the importation of cases, further extended the border shutdowns for another two weeks. The reason is simple. The objective for the shutdown has not been achieved, with cases still rising around the world and the surveillance system raking in more.

So far, of the country’s 214 confirmed cases as of 5th April 2020, as many as 124, the highest among the three categories of Covid-19 patients in Ghana, were discovered during routine surveillance.

This and other factors are credible evidence that there are more cases locally and any attempt to disregard the threat and open up the lockdown areas will plunge the country into a catastrophe on the scale of Italy’s crisis.

If I were President Akufo-Addo or I were one of the experts advising him on the lockdown in Accra and Kumasi, I’d ask him to extend it for a couple more and to expand it to cover the entire country.

Last week, I received a call from a man (name withheld for obvious reasons) who said he works at the Kotoka International Airport and because his job brought him into contact with persons travelling into Ghana, he took the test and guess what, he received a phone call the following day whilst he was at home with his wife, their four-month-old baby, and two brothers, and he was told what he dreaded the most – he had tested positive for Covid-19.

At this time, all these persons around him had been exposed. He travelled from the airport to his home in Ashaiman on a trotro (commercial vehicle), and for those onboard that vehicle, your guess on their fate is as good as mine.

Even after testing positive, no one contacted him for as many as eight days despite repeated calls to the national emergency lines asking for help. Eventually, help came to him after I had passed on his information to the authorities. The wife and baby tested negative but one of his two brothers tested positive.

Another case that should be of concern to government and Ghanaians is that of the Guinean woman who escaped from quarantine after she had tested positive in Tamale.

Only God knows where she is currently, where she’s been and how many she might have infected since she scaled those walls to escape quarantine a little over a week ago. Doctors and nurses are being infected in the line of duty, mainly due to the lack of Personal Protective Equipment (PPEs).

Remember, Hubei Province was under lockdown for more than two months before they brought the situation under control and Ghana will not take chances to deviate from the Chinese model it has so religiously adopted.

I listened to the Deputy General Secretary of the Ghana Medical Association on Newsfile make the point forcefully that the two-week lockdown is not enough to fully slow the spread of the novel coronavirus.

Dr Titus Beyuo, a member of the Infectious Diseases Committee of the GMA, believes the lockdown is only a stalling tactic to control the spread of Covid-19, hence a call by his outfit for a nationwide lockdown rather than a lockdown of selected areas.

Speaker of Parliament Professor Aaron Mike Ocquaye on Saturday refused to allow MPs to go on their usual recess, opting to only suspend the House indefinitely. This means MPs could be called back anytime once an urgent matter comes up for the House to deal with.

“We cannot go on holidays because we are not in normal times,” Prof. Mike Ocquaye told the MPs before allowing the indefinite suspension on Saturday evening. Thomas Campbell says in his poem, ‘Lochiel’s Warning’ that “If you pay attention to the news, you can generally tell when something momentous is about to happen.”

We can analyse, but the buck stops with President Akufo-Addo and I’m in no doubt that he will extend the lockdown – either for the areas already under a lockdown or even extend it to other parts of the country.

Since his assumption of office, the President has demonstrated his unflinching desire to have something significant stand in his name and will not be reckless in his decisions. He wants to be remembered for something monumental, and what would be more monumental that leading the country through arguably the biggest crisis we’ve faced since Independence?

His deep thought in a recent speech that gained international attention is evidence of his desire to succeed. He said: “We know how to bring back the economy. What do not know is how to bring people back to life.”

Not even the WHO Director General, Dr Tedros Adhanom Ghebreyesus could resist this. Such a powerful message can only come from someone who is determined to have success, unrivalled by his peers around the world and would not waver in delivering results, evidence of which can be seen by all.

Fred Smith is the head of the Health Desk at JoyNews.