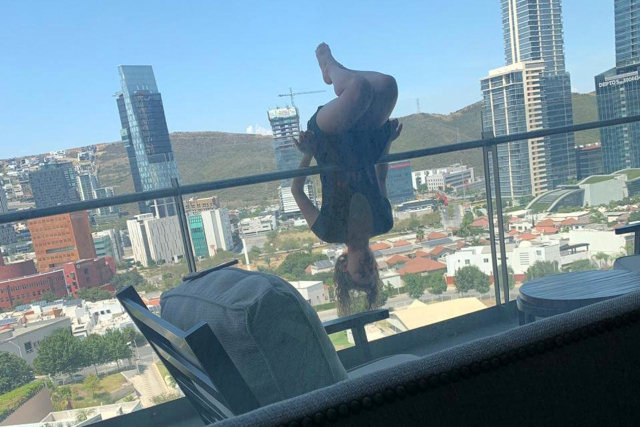 A young woman has somehow survived a 80-foot fall from a balcony railing while performing yoga.

She’s said to have suffered severe fractures in her legs, arms, hips and nose after losing her balance.

Authorities said the balcony railing wasn’t damaged after the fall and sources told the paper Ms Lopez regularly practices yoga on her balcony.

The 23-year-old has also had to have her legs completely reconstructed following an 11-hour surgery.

She may not walk for another three years. According to Argentinean news site Infobae, she suffered more than 100 fractures and will remain in a coma for two weeks.

A photo circulating on social media shows Ms Lopez hanging from a balcony by her legs.

Some news outlets reported the photo was taken moments before she fell, however, this is yet to be confirmed.