Woman reported dead, 2 others in critical condition after knock-down at Amanfrom 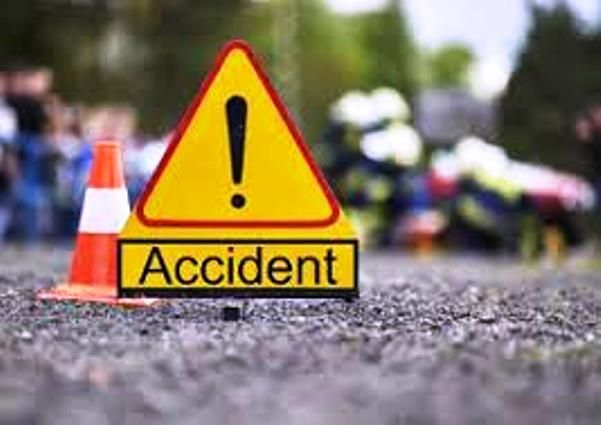 A mother, her 2-year-old daughter and a hawker were knocked down by a speeding vehicle at Amanfrom in the Ahafo Region.

Reports from the Amanfrom District MTTD Command reveal that the mother of the 2-year-old was reported dead upon arrival at the Hospital.

However, Chief Inspector Michael Obeng Antwi noted that the child and the hawker are in critical condition and are currently receiving treatment.

According to eyewitnesses, the three individuals were crossing the road at a zebra crossing on the Accra-Kasoa Highway when the unfortunate incident occurred.

The driver of the Kia Truck is currently at large after fleeing from the scene.

Meanwhile, some peeved residents are calling on the government to fix traffic lights at the bus stop or construct a footbridge to save lives.

They say at least, two lives are lost each week to road accidents caused by reckless drivers.

“Day in and day out, vehicles knock down residents in this area. We just cannot comprehend this. Why is it that the traffic light on this pavement is not working? Why is the pavement also larger than the road itself? Who are those who constructed our roads? The lights here are all not working. The road can be congested to the point that drivers take passengers on the road and not the bus stop.

“Two lives at least are lost every week to road accidents. Why is it so?” they lamented.

Also, Chief Inspector Michael Obeng Antwi is recommending the construction of speed ramps to check the rate of mortality at Amanfrom.

“I have been saying we need speed ramps at the site. The way the drivers move, it appears they do not pay attention to the zebra crossing sign. So if we get speed ramps, the high rate of road accidents would be checked,” he said.