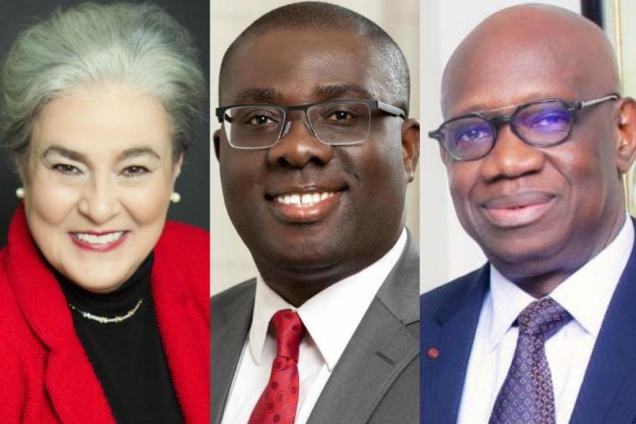 The two are on a historic visit to Ghana as part of activities marking the 60th anniversary celebration of the NLA which has witnessed major reforms over the last six decades.

The African Lotteries Association (ALA) President, Dramane Coulibaly from Ivory Coast and Younnes El- Mechrafi General Secretary of ALA and also Vice President of the WLA will be present.

It would be recalled that Rebecca Paul the first woman to be elected for the coveted Position of President for the World Lottery Association was recently in Vancouver re-elected for a second two-year term.

She has been instrumental in leading many reforms and championing ‘Good Causes’ across the various Lottery Bodies.

Together with the experienced General Secretary, Lynne Roiter and other top executives of the World Lottery Body will also be participating in the Seminar on Responsible Gaming, being organized by the African Lotteries Association and hosted by the National Lottery Authority of Ghana.

The event itself will bring together about 15 African Countries, Director Generals and several experts in the lottery industry across the Globe.

The Responsible Gaming Seminar is a major event on the ALA Calendar and will be graced by the President of the World Lottery Body.

The entire delegation will also join President of Ghana Akufo-Addo , Ministers of State, CEOs, Members of Parliament, representatives of the Political Parties at the Grand Durbar of the NLA at 60.

The President is expected to grace the Grand Durbar of the NLA’s 60th Anniversary as Special Guest of Honour on December 9, 2022 the NLA Head Office in Accra.

The event is expected to attract over 80 foreign guests From North America, Europe, Caribbean and Africa will be arriving tonight in Accra ahead of this historic celebrations

DISCLAIMER: The Views, Comments, Opinions, Contributions and Statements made by Readers and Contributors on this platform do not necessarily represent the views or policy of Multimedia Group Limited.
Tags:
NLA
World Lottery Association