You are talented - Shatta Wale praises Fameye for 'Songs of Peter' album - MyJoyOnline.com 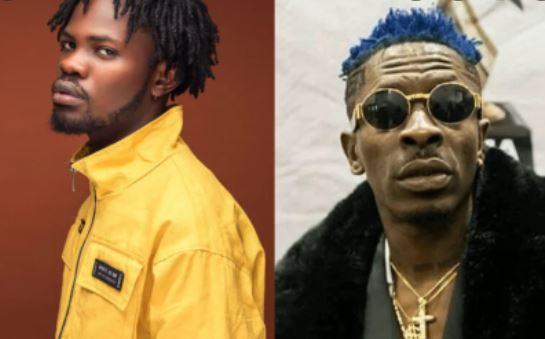 The sophomore album was released on Friday, April 29.

Shatta Wale also joined the many who showered praises on the “Believe” hitmaker.

In a tweet, the “Melissa” hitmaker wrote: “I have never met you before but I want you to know you are talented ok.”

He, therefore, urged his fans and Ghanaians to support Fameye’s second album; adding that “You win, I win.”

In response, Fameye thanked Shatta Wale for his support and recommendation.

“I super appreciate. It’s a wonderful tweet and I love it.”

Fameye pointed the dancehall artiste to Track 12 of his album, which is “Ahwehwe” to wit “Mirror”.

“There’s a line in there for you Mogya,” he added.

“Songs of Peter” is a 13-track album that pays tribute to the impactful highlife genre by bridging old and new highlife sounds with contemporary fusions of Afro-Soul and R&B. “Songs of Peter” highlights Fameye’s talent for storytelling.

It details tales about life, struggles, beliefs, hope, expectations of society and growth.

Long-time collaborator and friend, Liquidbeatz, is credited with the production of 12 out of the 13 songs on the album.

Listen to “Songs of Peter” exclusively on Boomplay now!